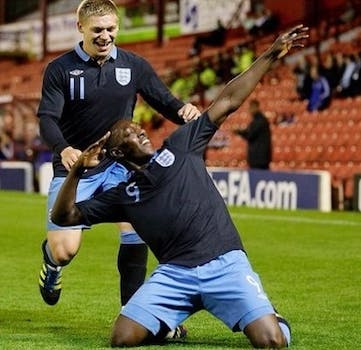 Soccer player Marvin Sordell had his phone confiscated by his team Bolton Wanderers after his manager claimed that "there have been small issues off the field with his tweeting."

Soccer player Marvin Sordell had his phone confiscated by his team Bolton Wanderers after his manager claimed that “there have been small issues off the field with his tweeting.”

Sordell, 21, joined Bolton last January, and manager Dougie Freedman told BBC Radio Manchester, “It has been quite a move for him and he’s not quite settled.” Frequent tweets and Facebook posts haven’t helped, and Freedman suggested Sordell “could be bordering on an obsession with Twitter and Facebook.”

Sordell, who played for Team GB at the Men’s Soccer tournament at the Olympic Games, has a little under 25,000 followers and has tweeted more than 5,300 times since joining Twitter in May 2009.

Sordell tweeted in October that he and his teammates had been racially abused during a game. Their opposition that day, Millwall, banned a 13-year-old from the stadium over the attack, but Sordell received yet more racist abuse on Twitter. The problem plagues many players.

Six Millwall fans were arrested in November after displaying a banner reading “Sordell is a c**t” in a game against Derby.

Despite having his phone taken from him, Sordell was back on Twitter this morning, writing: “Had a very productive and progressive meeting about the upcoming ‘Marvin Sordell Foundation’ dinner event. Very excited!! #msf”

Last week, Lord Sebastian Coe, a key organizer of the London Olympics, claimed there was “quite a high correlation” between athletes who text or tweet, and their subpar performance on the field.

While Freedman said Sordell has “never had a problem on the field,” it seems he wants to make his forward a little more focused.