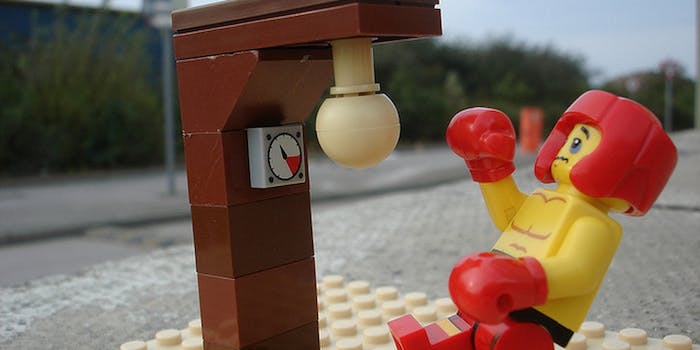 This is how you hack those punching bag arcade games

Years of training, one ferocious kick.

If you’ve spent any time in arcades, you’re probably familiar with some version of this setup: a booth-like construction with hanging punching bag that you’re meant to hit as hard as humanly possible, with high scores electronically determined by the force of your wallop. You’ve also probably seen a few meatheads throw haymakers at such a device, with varying levels of success.

The video below, aggregated to YouTube from an Instagram feed, therefore feels somehow overdue. It depicts an obviously graceful and athletic gentlemen delivering a record-setting spin kick with devastating power and accuracy.

As one commenter writes, “Imagine that blow to your head.” That’s assuming you still have a head afterward.

It’s YouTube’s third law that every video has an equal and opposite fail counterpart: