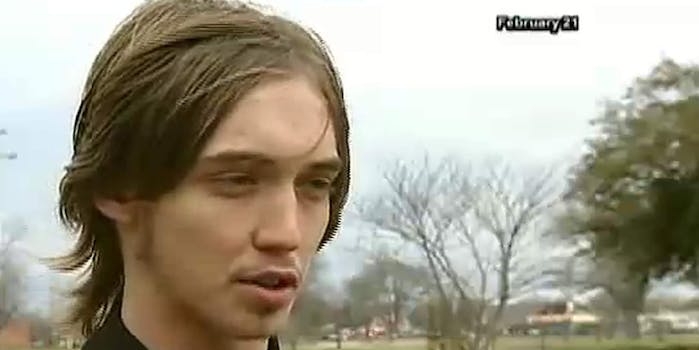 Student got login credentials from his teacher for a project, his mother said.

Earlier this year, Marshall Williams did something that some high school kid has done in one form or another in every generation: He broke into the school’s private records. Except Williams wasn’t rifling through folders in a dusty filing cabinet; he was breaking into the school’s secure WiFi and printing off sensitive documents.

Police arrested him earlier this week on felony hacking charges, according to a local Fox affiliate in Dallas-Fort Worth.

Police allege that Williams “somehow” hacked into the school’s WiFi using a stolen ID and password, where he had access to sensitive data like alarm codes, the school’s crisis plan, a master key list, employee records, and test results. The test results and security codes he printed out right on campus, using school printers. From the Fox report, it’s not clear Williams ever actually did anything with that information.

And there was nothing mysterious about how Williams got that ID and password, according to his mother. She told Fox that his teacher had given it to him–and a few other students–as part of a project. It didn’t take much for Williams to figure out he could use that teacher’s credentials to snoop around the school’s secure network.

What makes this case really bizarre—aside from the fact that an 18-year-old is facing felony charges over stealing test results and building codes—is that the police allege Williams was motivated by revenge. A few months prior to the break-ins, one of Williams’s teachers refused to an accept an essay he’d written about buying a gun at a gun show. This was in February, shortly after the Connecticut school shooitngs. Williams and his family raised a huge stink about the whole thing, getting them 15 minutes of fame on local news. The teacher eventually apologized.

In fact, it sounds like the only people embarrassed by that whole brouhaha was the school, making one wonder just who was seeking revenge against whom in the hacking case.

Williams is currently sitting in Denton County Jail tonight on a $2,000 bond.

Photo via Fox 4 Dallas-Fort Worth