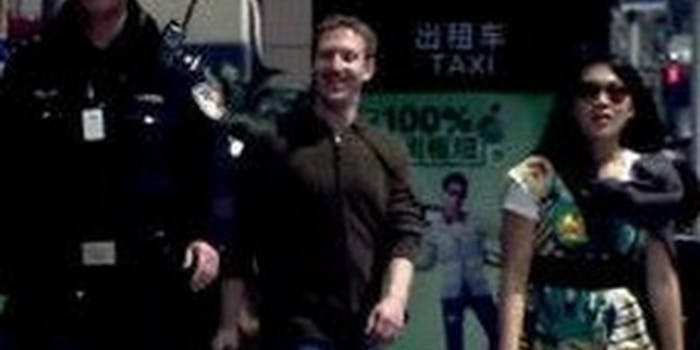 The couple stumbled into frame while on a stroll in Shanghai this March.

Facebook founder Mark Zuckerberg and his wife Priscilla Chan were ambling along a Shanghai sidewalk in March when they wandered into the shot of a camera crew, which was filming a documentary on the city’s police for China Central Television, the state broadcasting company.

The duo’s debut as extras was used in a 39 second commercial for the series, and has thrown the Chinese social network Sina Weibo into a tizzy where one copy has been viewed more than one million times since being uploaded on May 27.

Facebook is still banned in China, ironically, as the The Raw Story noted. It is unclear if Zuckerberg is aware of his cameo. He hasn’t posted a thing about it to Facebook.