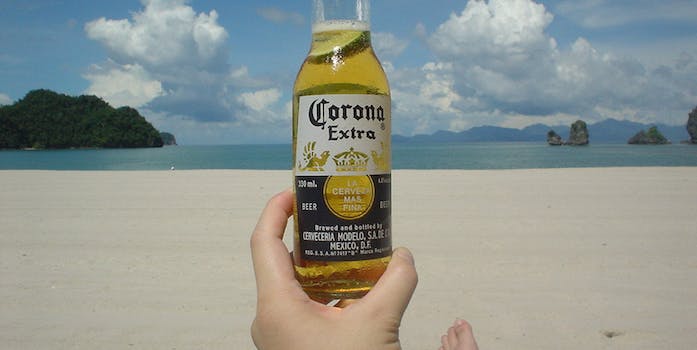 Makers of Corona set to roll out pot-infused beverage

Constellation Brands, best known for producing Corona beer and Svedka vodka, has purchased a 9.9 percent stake (that is $191 million) in Canopy Growth Corp., the world’s largest publicly traded cannabis company. Together, the two plan to create THC-infused drinks for sale.

Canopy is based in Canada, where recreational marijuana use will likely become legal next year. That, and the growing trend toward legalization in the United States, makes Constellation’s investment a smart, if not completely sure, bet.

Although this is no doubt the largest marijuana beverage venture in history, whatever products Constellation/Canopy plan to provide will be far from the first commercially available THC drinks. While cannabinoids are not actually water-soluble (which is why drinking your bong water won’t get you high—and is extremely disgusting), they can be made into a simple syrup and added to almost any beverage. Everything from sodas to teas are available, and Grammy award-winning singer/songwriter Melissa Etheridge even has her own cannabis-infused wine.

Even with possible hurdles to legalization (recreational use still has to be passed by the Canadian parliament; in the United States, Attorney General Jeff Sessions has claimed that marijuana is only “slightly less awful” than heroin), Constellation’s move seems to be a wise one. Legal marijuana sales were nearly $6 billion last year and, according to the New York Post, shares in Constellation rose as much as 1 percent in premarket trading following the announcement.