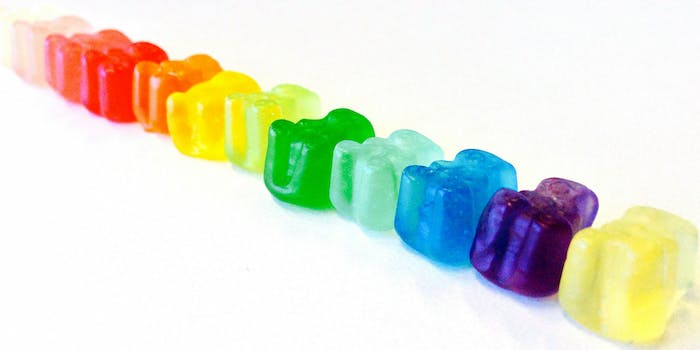 No one is going to waste perfectly good weed on your dumb kid.

Although there have been no reported incidents of trick-or-treaters being given candy laced with THC, officials across the country are warning parents to be on the lookout for marijuana edibles showing up in their kids’ candy bags.

“Watch out for marijuana edibles in kids’ bags at Halloween” warned ABC 7 out of L.A.

People who grew up in the ’80s might remember parents frantically searching their Halloween bags looking for candy with razor blades hidden inside. According to Snopes, almost all reported instances of an individual inserting sharp objects into candy have been a hoax, and those that weren’t usually turned out to isolated “pranks” pulled by children trying to scare a parent or sibling. The rare exception is the case of James Joseph Smith, who was arrested in 2000 for handing out Snickers bars with needles inserted in them. Even in that case, only one boy was slightly injured when one of the needles poked his lip.

Now THC has become the new and, to be honest, way less scary bogeyman. With the high price of edibles (even a small lollipop will set you back $5), it’s extremely unlikely anyone would spend that much money handing out bowls full of the treats for free.

Which is not to say that kids haven’t accidentally ingested THC.  In May, a 10-year-old boy in New York became sick after eating part of a package of cannabis-infused gummy candy he found in his dad’s car.

In September, The Today Show‘s Jeff Rossen did a whole segment all about the dangers of kids eating marijuana candy. Incidentally, if you’re looking for spooky pictures to share this Halloween, this one of Rossen might be the creepiest thing on the internet.

For those of you who enjoy a good true/scary Halloween story, look no further than the case of Ronald Clark O’Bryan, who, in 1974, used a Pixy Stix to poison and kill his own son, in an attempt to collect money from a life insurance policy. O’Bryan even went so far as give tainted Pixy Stix out to other children (including his daughter) to try and throw police off his trail. Luckily, none of the other children ingested the candy and authorities were able to confiscate it.

If there’s one lesson to all of this, it’s that children might in fact need to watch out this Halloween. It seems like dads can be pretty dangerous.