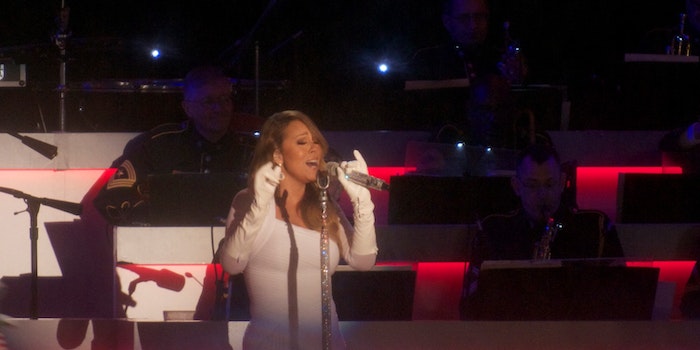 FaceApp has captured the attention of the nation, but there is one person who refuses to follow the latest internet trend.

And of course, it’s Mariah Carey.

While celebrities have been partaking in the viral FaceApp challenge, in which they post photos of themselves with an old-age filter—Carey made it very clear on Twitter that this is one trend she is going to sit out.

In a tweet, she dismissed the app by using a GIF of herself with the caption, “I don’t hear you, I don’t see you, you don’t exist to me.”

FaceApp is not something I acknowledge pic.twitter.com/X2aEatobBC

Her fans quickly jumped in agreement with her, with many pointing out that she is ageless, and if anything, the legendary singer ages backwards.

Because you age backwards

However, Carey has earned the right to skip one internet challenge, especially after having won the last two she participated in.

In January, for the “10 year challenge” in which celebrities were posting then-and-now photos of themselves from ten years ago, Carey posted the same photo twice, telling users that time is not something she acknowledges.

“I dont get this 10 year challenge,” she wrote in the caption. “Time is not something I acknowledge.”

And then there was the Bottle Cap Challenge from a few weeks ago, in which the singer hit a sky-high note, causing a cap to unscrew from a bottle and fly into the air. And after the singer did this, the internet had to find a new challenge.

Though, it should surprise no one that skinny legend and whistle-register queen Mariah Carey doesn’t acknowledge time or aging. She is one of the best selling artists of all time.

Clearly, she only knows excellence.