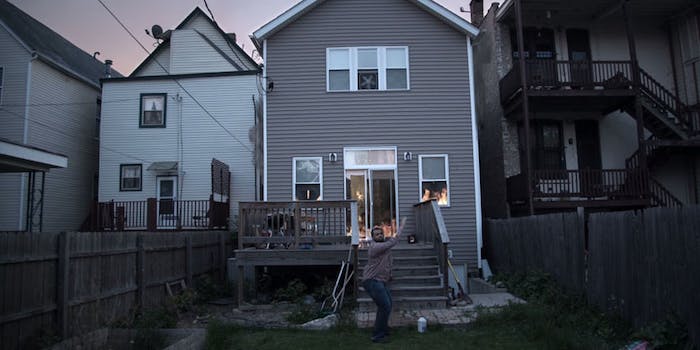 Sure beats enticing your helpers with a six-pack.

When you needed help moving out of your place, how did you approach it? Did you bribe friends with a case of beer? Did you call in a favor to extended family members?

No matter what your method may have been, chances are that it paled in comparison to Vimeo user Marcus Deely’s extraordinary video invite, “The Rise and Fall of Albany Place.”

Set to Kanye West’s “Blood on the Leaves,” the video dramatically shows Deely standing outside of his house (we assume this is on a street called Albany Place) at the foot of a trail of gasoline leading back inside. Then, summer blockbuster-style, he encourages viewers to join him on June 7 to mark the “rise and fall of Albany Place.”

It is certainly a better method than the verbal “Dude, can you help me lug a sofa into the U-Haul truck I rented?”

Deely may already have his first set of helpers. “Ehhh where is this happening … and if we bring a crate of Guinness from Ireland can we come?” fellow Vimeo user Dog Day Media commented.

If you don’t want to help Deely move, but would like to get him a housewarming gift, we suggest a fire extinguisher. Or perhaps bail money.