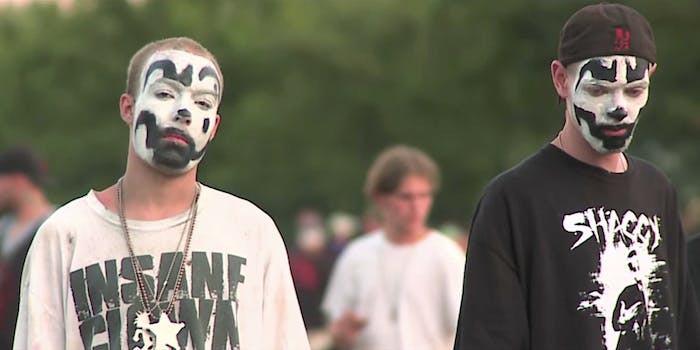 Morgan Freeman narrates the march of the Juggalos

Ah, the call of the wild.

Warning: Some of the footage in the video below might be considered NSFW.

What’s black and white and gathers once a year to foster a whole new generation of their kind? If your answer is penguins, you’re clearly unfamiliar with the annual Gathering of the Juggalos.

The video is especially timely, with the annual Gathering of the Juggalos happening this weekend in Thornville, Ohio. There was a wedding, and some people passed out.