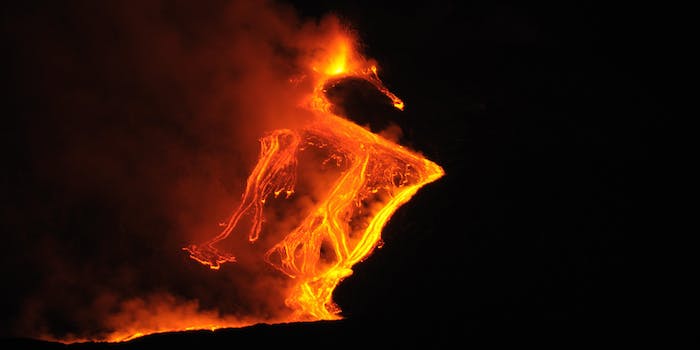 What could ever top the warm, delicious, and nostalgic treat that is a marshmallow perfectly toasted over the crackling flames of a campfire?

One seared by lava hotter than the roaring fires of Mount Doom.

That’s right, in a quest for the world’s most extreme toasted marshmallow New Zealander Simon Turner ventured to Ambrym, Vanuatu’s volcanic lava lake to toast the sugary confection. But a serious job calls for serious tools. Instead of using a bent coat hanger or a stray stick, the daring roaster had to use a tent peg given that temperatures inside the Marcum Crater can reach as high as 2,000-degrees Fahrenheit

Our advice? Let it cool down before taking a bite.