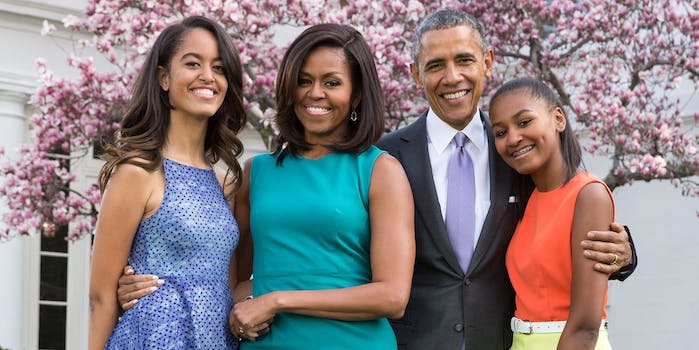 Felix Kiprono is a true romantic.

Kenyan lawyer Felix Kiprono won’t settle for anyone besides his dream girl—who happens to be Malia Obama—and says he’s willing to pay a king’s ransom in livestock to get her.

Kiprono told the Nairobian that he hopes to discuss a potential matchmaking deal with the 16-year-old’s father, Barack Obama, when the U.S. president visits his country in July.

“I got interested in [Malia] in 2008,” when she was just 10 years old, Kiprono said. “As a matter of fact, I haven’t dated anyone since and promise to be faithful to her. I have shared this with my family, and they are willing to help me raise the bride price.” 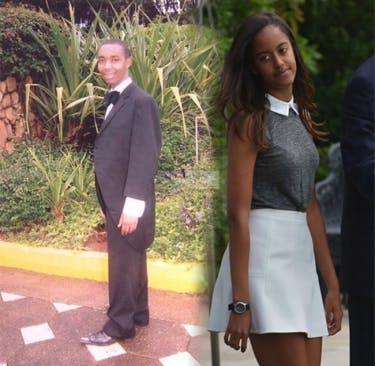 What kind of sum are we talking about? Kiprono’s math comes out to an offer of 70 sheep, 50 cows, and 30 precious goats—which would go a long way toward turning the White House into the organic farming commune that Michelle Obama has envisioned ever since moving in.

Should he persuade Obama to bring his eldest daughter along on the Kenya trip, Kiprono said, his marriage proposal would be a traditional one, without champagne. “Instead,” he explained, “I will surprise her with mursik, the traditional Kalenjin sour milk. As an indication that she is my queen, I will tie sinendet, which is a sacred plant, around her head.

“I will propose to her on a popular hill in Bureti near my father’s land where leaders and warriors are usually crowned,” Kiprono added. “The place is called Kapkatet, which means ‘victory.’” He added, “ours will be a simple life. I will teach Malia how to milk a cow, cook ugali and prepare mursik like any other Kalenjin woman.”

Don’t know about the rest of you, but I’m not crazy about the idea of a father-in-law with access to nuclear weapons.