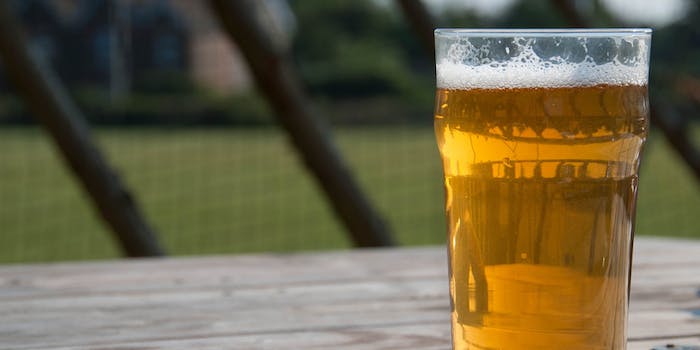 60-year-old man puts beer on his head, drinks it without using hands or arms

This isn’t your typical yoga class. This is broga: yoga that’s ridiculously brotastic thanks to the addition of some beer.

A 60-year-old man bet his family that he could place a beer on his head and drink it without using his hands or arms. The stepdad pulled off the feat of extreme athleticism in just a few minutes, expertly scrunching his face and contorting his body to get the glass in a position that would let him guzzle the ale. This should seriously be an Olympic event.

Guy should really moonlight as a yoga instructor. There are bros out there everywhere who would kill to have this skill.