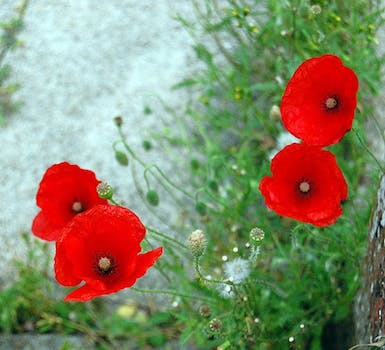 A 19-year-old Kent, England man was reportedly arrested for torching the symbol of Remembrance Day, an occasion for honoring members of the Armed Services.

Police in Kent, England, arrested a 19-year-old man in connection with a photo of a burning poppy on Facebook.

Sunday marked Remembrance Day on which, like Veterans Day in the U.S., citizens honor members of the military. Those in countries which mark the occasion wear artificial poppies to symbolize their support for the Armed Services.

One man didn’t take too kindly to the occasion and posted a photo of a burning poppy to Facebook. The @Kent_999 Twitter account shared a screengrab of the alleged image and comment in question: 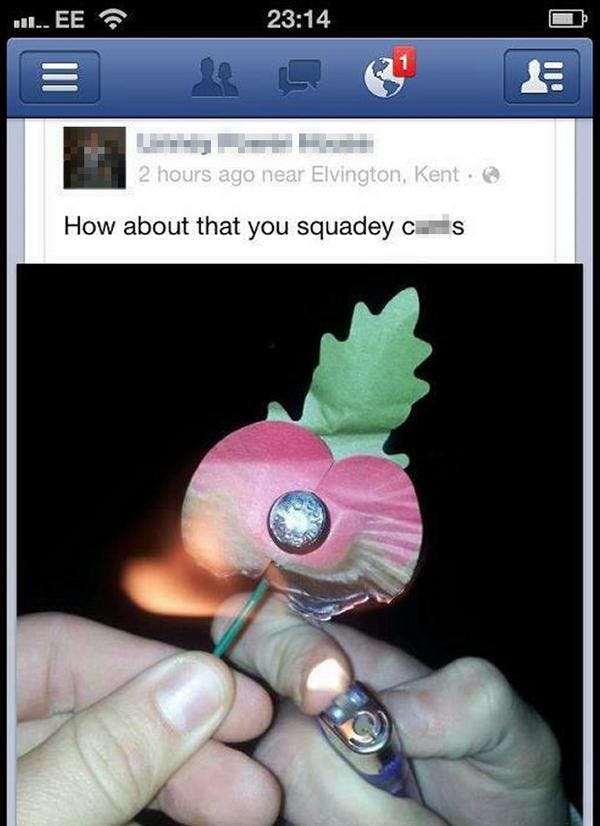 After police were alerted to the photo Sunday afternoon, a man from Canterbury was arrested Sunday on a suspected violation of the Malicious Communications Act 1988.

The law relates to “the punishment of persons who send or deliver letters or other articles for the purpose of causing distress or anxiety.”

The arrest started a freedom of speech debate on Twitter, with many calling the arrest a waste of police time.

“The idiot who complained about the poppy picture and the officers who made the arrest should be charged with wasting police time,” tweeted Pat Condell.

“Burning a poppy is offensive & pathetic,” opined Susan Hopper, “but it’s far more disrespectful to our war dead to arrest someone for having an opinion!”

“Kent Police need to urgently release this man and drop an utterly ridiculous investigation into something that has harmed no-one,” wrote Nick Pickles of civil liberty blog Big Brother Watch. “The incident is certainly not worthy of arrest and highlights the urgent need to reform a law that poses a serious risk to freedom of speech after several ludicrous prosecutions in recent months.”

Others were more incensed by the photo.

“What a disgusting little creature that boy who posted a pic on FB of him burning a poppy should be sent to war to man up a bit #scumbag,” tweeted @debbiegilmour1.

“Thinks it’s disgusting that people are defending sickos burning a poppy on Remembrance Day because ‘its not a crime’ where’s the respect,” queried Jenna Morgan.

The arrest comes as Britain’s public prosecutions body prepares a set of guidelines for policing Facebook and Twitter, which it hopes to publish before the end of the year.