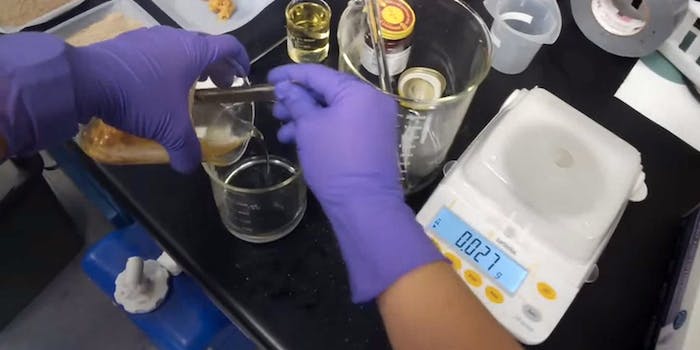 "Google Glass is the future," says every single tech blog. So here's a glimpse into the future: recording yourself making poop.

“Google Glass is the future,” says every single tech blog. So here’s a glimpse into the future: recording yourself making poop.

Specifically, fake poop. In a lab. It’s got to be a metaphor for something. Like, will this be how Glass-wearing cyborgs of the future pinch one off?

Glass enthusiast Serena Trieu, a former NASA ambassador, has created a video in which she giddily records herself and a chemist creating 500 grams of simulated human feces. The ingredients are simple, if you were looking for a new method to make poop at home: active dry yeast, ground psyllium husks, polyethylene glycol, miso, peanut oil, and deionized water.

“It’s just like making a cake. A poop cake!” her assistant says at one point.

If nothing else, the video captures the stellar video quality Glass is capable of. Which will be useful when everyone in America wants to record themselves making poop the old-fashioned way.