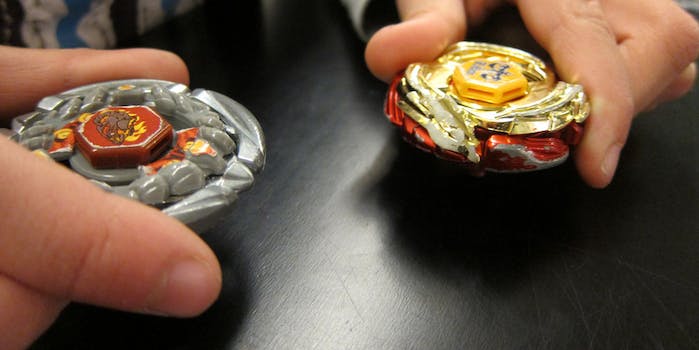 Thousands of people have banded together to “let it rip!” at the 2016 Summer Olympics.

Many will remember Beyblade, the Japanese manga and anime featuring spiky-haired and spunky-dressed characters duking it out with personalized spinning tops that would physically clash and eventually release magical spirits. There were several incarnations of the cartoon, and of course IRL toys that kids would battle with.

And now, there’s a petition calling for Beyblade to be named an official Olympic sport. It was launched last Thursday on Change.org by someone using the pen name Tyson Granger, aka the Beyblader champion protagonist of the original Beyblade. It’s to be delivered to Jacques Rogge, the Belgian sports administrator that served as the eighth president of the International Olympic Committee.

The letter gets straight to the point. It reads: “Make Beyblade an Olympic Sport.” 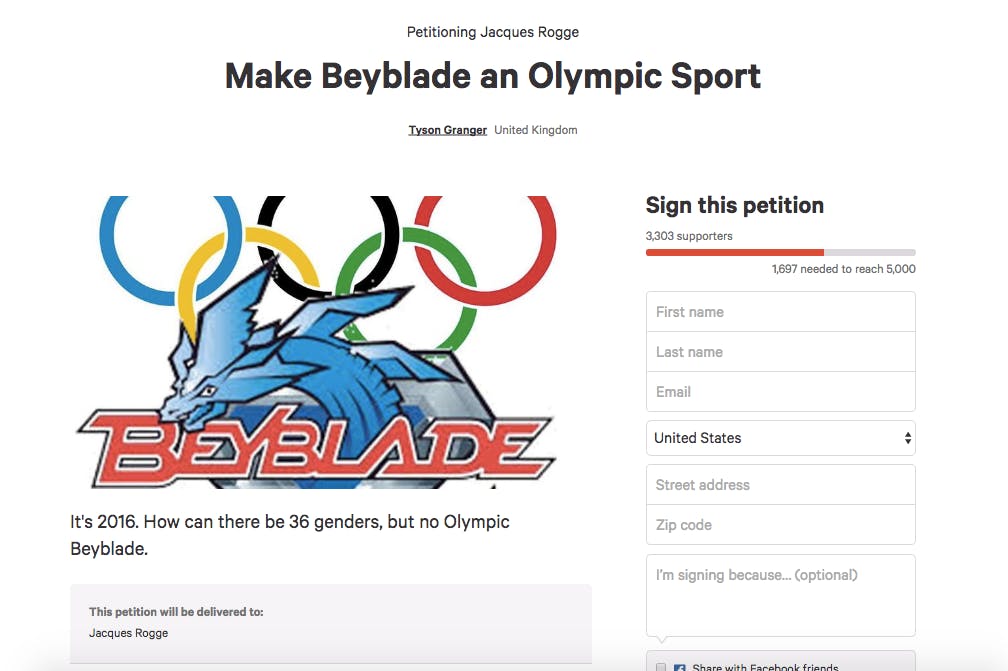 Sounds good to us—and the other 3,500 petition signers. It makes a lot of sense considering that there’s low-effort sports like curling and gymnastics included at the Olympics, meanwhile the high-art of Beyblade has been forgotten by the games.

Supporters of the petition have some pretty strong feelings about getting some Beyblader representation in the Olympics. Take for example Michael Hammond from Australia:

You hear that, Jeremy from grade 3?

Meanwhile, Tyrone Hayes from Germany simply writes in the comments, “Honestly, this is what the world needs.” We’re totally with you, Tyrone.

So, please, sign in support of getting Beyblade into the Olympics so that Beybladers everywhere can finally have the chance to let it rip for gold. We’ll be listening to the theme song on repeat in preparation.