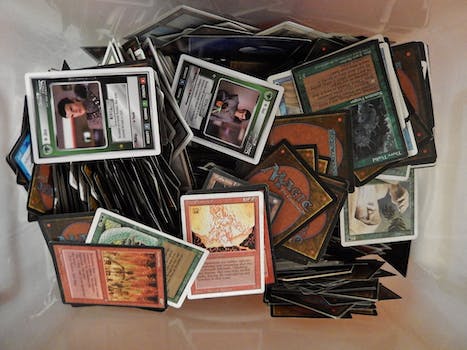 The problem with Magic: the Gathering no one is talking about

Magic: the Gathering is revamping itself as an esport. Can it succeed?

Two weekends ago, Magic: the Gathering’s Pro Tour, the seasonal capstone of its organized-play system, kicked off in Madrid. The decks were creative and diverse, the matches were strategically interesting, and the new cards were sweet—at least to people that already really, really like Magic cards. When the climactic last round before the playoffs went down, only 27,000 people were watching, and—full disclosure—I wasn’t one of them, despite being a hardcore Magic player in the past.

On the same Sunday the most recent Pro Tour wrapped up, Wizards of the Coast, the Hasbro subsidiary that makes Magic, announced it’d be cutting benefits to Magic’s top competitive players by some $11,000 per player per year. By Monday, a backlash had begun among some of the biggest voices within Magic, and the following Tuesday, Wizards relented, pledging to restore the funding for next year.

Behind the numbers and the news, however, there’s an even bigger problem that no one is addressing: Magic is a bad spectator game, and to truly save the Pro Tour, Hasbro might have to kill it first.

Magic: the Gathering is an enormous commercial success; its annual revenue, upwards of $300 million, is greater than Counter-Strike: Global Offensive and Dota 2 combined. However, Magic is a game from a different era, and nowhere is this more evident than its system of organized play.

There’s an even bigger problem that no one is addressing: Magic is a bad spectator game.

The Magic Pro Tour, which has existed since 1996, has been overshadowed by esports, whose prize pools regularly exceed the Pro Tour’s modest $250,000 purse. Magic is somewhere around the 30th-most popular offering on Twitch.tv, and it is hemorrhaging market share to Hearthstone, whose revenue roughly matches Magic’s $300 million a year and whose rank on Twitch is usually number two.

The Magic Pro Tour, saddled with small prize pools, low production values, weak commentary, illegible cards, and a game that’s difficult to follow, appeals only to a narrow audience. If its top-tier tournaments appealed to a broader audience, Magic could be much, much bigger. To do so, Magic will have to implement some drastic changes.

Over the last few months, these changes have been set in motion. Though Magic has been growing by some 30 percent a year for the last six years, Hasbro announced in April that Wizards was switching CEOs, from Greg Leeds, an international marketing executive, to Chris Cocks, a sales guy from Microsoft. That followed another announcement from the head of all Hasbro, Brian Goldner, extolling “the digital ecosystem,” “branding” through “storytelling,” and a product called Magic Digital Next, to be released in “the next few years.” On top of that, at Hasbro’s 2016 investor day, the company called Magic a “top 5 esports brand.”

The last announcement was surprising for two reasons: It’s untrue, and Hasbro has, since around 2007, been loath to spend any money on promoting competitive Magic. Magic pays its pros very little to do something very hard, and in this context, taking away $11,000 from Magic’s top players looks like yet more shortsighted cost-cutting. This is the prevailing interpretation among Magic players, who are right when they add that Hasbro would benefit hugely from professional Magic being a real thing. The problem is that Hasbro and Magic players have completely different ideas about what the competitive future of the game actually looks like.

Wizards’ original pay-cut announcement explained itself like so: “The appearance fees we awarded for Platinum [top] pros were meant to assist in maintaining the professional Magic player’s lifestyle; upon scrupulous evaluation, we believe that the program is not succeeding at this goal.” Well, who would disagree with that? Magic doesn’t grant its pros a living wage. The recent Magic documentary Enter the Battlefield stars two top players who live with their parents—not a great incentive for players aspiring to be the best in the world.

Magic pros are, with a few exceptions, not the people Hasbro wants representing its brand.

This is crazy, because Magic makes its owners a ton of money, and there have been calls for a steep raise for the pros for over a decade. Indeed, later in the pay-cut announcement, Wizards revealed the Magic World Championship purse would increase from $150,000 last year to $250,000 this year, then $500,000 in 2017. Hasbro has a lot of cash to throw around, and creating a real professional class, via larger prizes and appearance fees, wouldn’t cost much more in the grand scheme of things. So why not do it now?

It’s simple: That wouldn’t address the real issue. Very few people watch Magic. More than million tuned in for Dota 2 during the International, by contrast, and roughly 100,000 tune in regularly to watch Hearthstone on Twitch. And judging by its continuous attempts to defund the Pro Tour and marginalize the pros, Hasbro must think part of the problem is the current cohort of Magic pros. In Hasbro’s eyes, the current Magic pros have demonstrated a willingness to work for little money and few professional prospects, and they lead a lifestyle few would envy. If your final goal with organized play is to attract stars and engage a broader audience, then you’re acknowledging the current crop of pros you’ve hired and retained, at a lower rate, is part of the problem.

It’s true that a steep raise today would help legitimize Magic and improve the lives of the pros, who deserve it. But it wouldn’t change the fact that Magic pros are, with a few exceptions, not the people Hasbro wants representing its brand. Under Leeds and Goldner, Magic achieved its high growth rate by moving its branding towards “storytelling” and “resonance,” and away from the pros. To casual players, the faces of the game aren’t Owen Turtenwald and Gerry Thompson; they’re the in-game characters Jace and Chandra.

For the most part, the pros are hardcore gamers, a holdover from a previous, less populist era of gaming. Comparing Magic pros’ social-media followings, streaming incomes, and cross-brand appeal with top esports competitors, it’s clear almost all of them struggle to attract mainstream viewers. Magic’s Pro Tour, which puts its competitors through a grueling schedule, doesn’t even cater lunch, and draws an audience of hardcore Magic gamers only, faces the same problem.

Greg Leeds once tried to eliminate the Pro Tour entirely, but he was rebuffed by Magic R&D. I’m guessing Chris Cocks will be more persistent—and Magic R&D, already subordinate to Magic branding, will be brought further under control.

To call Magic a bad spectator game isn’t a knock on the design. Even though I don’t play much anymore, it’s still my favorite game, ever. Plus, it came out in 1993, and no one knew it’d be important to appeal to huge digital audiences decades down the line. But Magic also has a bunch of weird timing rules that are delightful to junkies like me and baffling to the casual viewers Hasbro wants. Magic has over 13,000 unique cards; Hearthstone has under 1,000. To succeed as an esport, Magic will have to be radically simplified.

This sounds more difficult than it really is, and Magic Digital Next—which Goldner described as “a new digital experience leveraging contemporary technology to create a seamless digital experience that meets all the players needs from new players to pro players”—is likely to be Hasbro’s first attempt at making a modernized, simplified Magic.

To succeed as an esport, Magic will have to be radically simplified.

The digital platform can not only give the brand a distinct identity from paper cards—it also has many advantages over them. With Magic Digital Next, Wizards could stop worrying about card stores, gambling laws, and a secondary market that’s profitable for barely anyone. Paper cards are expensive: With a digitized Magic, casual players could be engaged and retained without having to spend fabulous sums just to play. The whole catalog of old, archaic, or confusing cards could be cut at once. Game-design mistakes could be retracted or revised. Cheating could be contained. Short animations could “tell the story” of the game to a casual audience.

And almost anything would be a better story than what’s currently being told by the Pro Tour, which draws a tiny audience, or the small-print cards and buggy interface of Magic Online streams.

No one knows how the story of Magic’s overhaul ends. My best guess is that the game will exist both as a simplified Magic Digital Next and as a traditional paper product. Though the paper product will still be supported, allowing collections to retain value and addicts to justify spending the huge per-capita sums that make Magic so profitable, the digital will quickly outgrow the paper.

A big part of this will be competitive play, which will be conducted over Magic Digital Next’s pleasing new client. This will let streamers make a living catering to mainstream audiences. Hasbro will then increase spending on premier Magic events from $500,000 to $1 million and beyond, since doing so will actually attract a larger viewership, as well as premier gaming talent. And Magic will at last grow beyond a niche audience and afford its representatives a decent living, which will grow the audience, which will increase the prizes, which will grow the audience. And so on.

Of course, the plan could fail. It necessitates drastic changes in gameplay and personnel, which will take time and money. But Magic, which has been drifting towards making these moves for the last six years, isn’t that far behind: Its prizes and revenue are on par with Hearthstone’s. And, though Hearthstone is a formidable competitor, with big events and stars of its own, all the pieces are in place for Magic. It’s already a great game, with many skilled designers, a long history of profitability and innovation, and a handful of players whose cross-cultural appeal would be right at home in the esports world.

The exciting thing is that Magic’s barely begun to tap its potential. If Magic’s revenue can exceed $300 million with peak viewerships of 27,000, how big will it be when it monetizes digital platforms like Clash Royale, harnesses elegant watchability like Hearthstone, and draws real esports audiences?

In the words of Wizards’ founder, Peter Adkison, the Magic Pro Tour was created 20 years ago as “a lifestyle opportunity for a young generation of Magic players … to be professionals.” This vision has been lost. But if Magic becomes an esport, it could once again be realized.

CML, a freelancer in Seattle, has written for Gawker, the Seattle Weekly, and several other publications. He maintains a website at cmlwrites.com and a Twitter at @CMLisawesome.