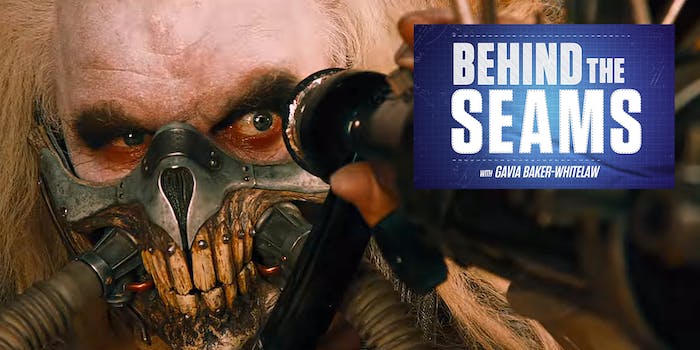 ‘Behind the Seams’: Exploring the brilliant costume design of ‘Mad Max: Fury Road’

In the first episode of our new video series Behind the Seams, we explore the brilliant costume design of Mad Max: Fury Road. Praised for its stunning action scenes and clever political commentary, Fury Road is one of the best action movies of the decade, relying heavily on visual storytelling. That includes the costumes, which build on familiar post-apocalyptic imagery to tell us more about the main characters and their world.

This video essay examines director George Miller’s vision for Fury Road‘s costume choices, along with insight into the main characters, and how the Mad Max franchise revolutionized Hollywood’s image of dystopian fashion. Starting off with the 1970s trend for biker movies, Mad Max kickstarted a trend for leather-clad style in post-apocalyptic cinema. Fury Road reached new heights in 2015, depicting a world ruled by an abusive, image-obsessed dictator and his cult-like followers, where a group of women fight back to regain their freedom.

If you enjoy video essays like Every Frame a Painting, you’ll love Behind the Seams! New episodes will arrive weekly, decoding the world of costume design on film. We’re planning to cover a wide range of topics from blockbusters to beloved cult favorites, providing deep dives into specific movies, and analyzing popular costume tropes. Subscribe now on YouTube! We already have another episode on the channel, looking at Keira Knightley’s role as the queen of historical costume dramas.