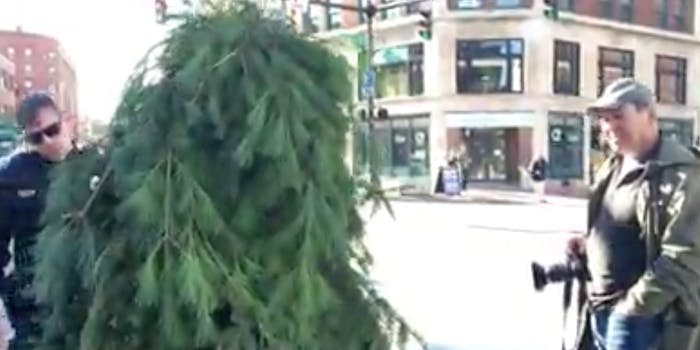 One arboreal enthusiast celebrated Halloween just a bit too early—and ended up putting his roots down in jail.

Up in Portland (the Maine one, not the TV show one), a 30-year-old artist punningly named Asher A. Woodworth was approached by police as he blocked downtown traffic while dressed as a mutant pine tree. They tore off his foliage and told him to stick to the sidewalk, but he again walked into the road, at which point he was arrested.

Woodworth eventually revealed that the tree bit was a “performance” exploring how he could affect “people’s natural choreography.” Too bad, because “I want to be a tree” would have been an infinitely more relatable answer. Who among us wouldn’t give up our body, mobility, and conscious mind to be a good tall plant? Anyway, vote Tree Guy 2016.