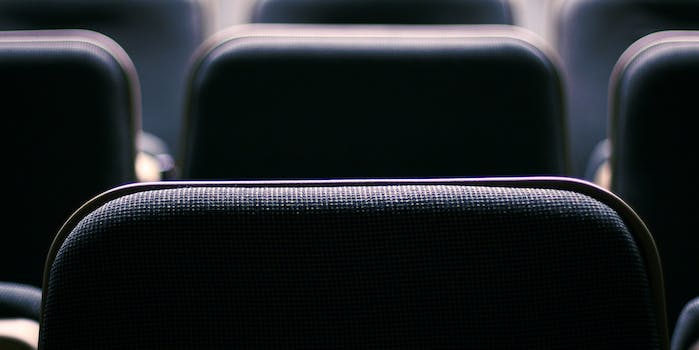 How to fix the American movie theater

With the movies getting more expensive and less fun, movie theaters need to step it up to stave off flagging box office.

Going to the movies is no longer a simple activity, it’s an expedition. Between expensive tickets, rude patrons, and an increasingly crowded marketplace, the silver screen has ceased to be a relaxing venture for many Americans. In the face of this, is technology changing the way we go to the movies, and whether we go to the movies at all, forcing movie theaters to up their game?

It’s not easy to pinpoint the various moment when going to the movies became such an ordeal in this country. But to illustrate, this summer saw the worst North American box office in eight years, with revenue dropping 15 percent from 2013. The highest grossing film of 2014 domestically, Guardians of the Galaxy, managed to crack $300 million as the summer was wrapping, but this looks less impressive compared to the winning blockbuster of last summer, Iron Man 3, which handily made over $400 million over the summer months. To be fair, Iron Man 3 had the added advantage of a much earlier start, arriving in May rather than August, but its worldwide box office count of over a billion dollars is what really dwarfs Guardians, which has brought in about $750 million worldwide to date.

Speaking of worldwide, this problem doesn’t seem to reach beyond the U.S., as the summer box office this year surged overseas. One could argue that it was the unoriginality of this summer’s releases, or fatigue with the idea of the summer blockbuster in general that brought the slump on in America. Ironically though, while there were more critically derided movies this summer than in the last few years, there were also more that were critically applauded.

What the evidence demonstrates is a kind of stalemate in Hollywood’s struggle to bring Americans to the movies. The quality of many major releases seems to plunge further and further, but not across the board. And while this year’s box office receipts haven’t been altogether very impressive, this may have more to do with cramming an abundance of mediocrity into one summer than it does with Hollywood’s greater earning potential. After all, this year promises at least one more monster hit still, and next year should see the release of several more.

Granted, your local multiplex isn’t all bad. It’s true that ticket prices can be abominably high, especially in larger cities; however reports indicate that the average movie ticket price actually dropped in the first quarter of 2014. But the subject here isn’t about what you’re paying, so much as what you’re paying for. For some, going to a packed theater on a Friday night, sitting through twenty minutes of trailers, not to mention commercials, and spending one’s hard-earned money not only on tickets, but on snacks (and potentially on parking if you live in a metropolitan area), isn’t very fun.

Speaking of movie snacks, why are they so expensive anyway? It’s a well-known fact that movie theaters make the majority of their money off food. According to Yahoo contributor Amanda Bell, the average price of a large bucket of popcorn is $8.15, still below the cost of a movie ticket, but not by much. But the sad reality is that theaters basically have to operate this way. As Bell notes, “theater owners need these concessions profits to cover the dozens of hidden house costs—employee wages, installation of snazzy sound systems, energy bills, for example—since most of the actual ticket money gets sent back up the ladder to the movie studios.” So to sum it up, don’t expect the prices of food to go down anytime soon.

However, even if you’re content with the price of food and tickets, that still leaves the experience of watching the movie itself to contend with. And oftentimes, this is the most challenging part of all. Cell phones and smartphones have made it nearly impossible to get through a movie without some minor distraction. Sure, the theater tells people to turn them off, but that doesn’t automatically stop anyone. Because if it’s not a person answering their phone outright, it’s the glow of sporadic texting. And then there are the other non-technology related distractions, such as people who arrive late, people who bring their children to films they aren’t ready to see, and of course, people who talk the whole time.

This has all been exacerbated in the past few years by incidents such as the time a man in Philadelphia shot someone for talking during a movie, or the screening at the Toronto International Film Festival where a blogger called 911 on a chatty audience member. Then there was the infamous Alamo Drafthouse voicemail, which was turned into a disclaimer warning patrons not to text or talk in the theater lest they be kicked out. This in turn led to more discussion, especially on the part of critics, as to the proper way to respond to rude moviegoers.

One such critic who weighed in was New York Magazine’s David Edelstein, who wrote, “I get many e-mails from people who say they don’t go to the cinema anymore. It’s not just the money, although the cost of tickets is crazy. They just can’t take their fellow audience members. They buy 65-inch monitors with 7.1 sound systems and wait for the Blu-ray—or take advantage of the increasing numbers of current movies available on demand.”

Edelstein’s point is solid. Not only do today’s movie-lovers have the advantage of state of the art home equipment and on-demand/digital download for indie releases, the poorer and less scrupulous tend to rely on pirating for their movie fix.

“In the end, shushing won’t do it: We have no choice but to depend on theater managers to police their screenings,” claims Edelstein, who qualifies this statement by lamenting, “But most of the time when you go to them (I’ve only done this three times—all recently—in a lifetime of moviegoing), they look terribly confused. They act as if they’ve never heard of such things. You can almost hear them thinking, ‘This isn’t my job.’”

The approach of Alamo Drafthouse Cinemas is a good place to start the conversation about how to fix America’s movie theaters. It’s hard not to listen to that notorious voicemail without it conjuring a hint of pretentiousness. But it’s not a bad thing that the Alamo Drafthouse takes cinema seriously, either.

Elevated ticket and food prices don’t have to be a bad thing, assuming that they’re part of creating a better filmgoing experience. Ideally, the result is an environment where movies are a luxury. Profiling the upscale chain of Cinépolis, Richard Verrier at the LA Times recently observed:

Cinépolis is one of several theater chains that are ginning up a growing business by selling beer, wine and cocktails along with $20-plus movie tickets, popcorn and soda. Expect to see this kind of service coming to a theater near you…  Theaters are investing heavily in new bars and lounges, along with reserved seating, reclining seats and in-theater dining. They are among an array of premium services aimed at keeping consumers at theaters for longer periods, spending cash they would otherwise spend at a local bar or restaurant.

Cinépolis joins the Alamo Drafthouse in providing alcohol and an expanded menu for customers. Verrier also mentions a reserved seating policy, which companies like Arclight and Sundance Cinemas have adopted too. And even AMC is experimenting with reclined seating in certain theaters. It’s not just chains who are expanding what they offer though; plenty of independent theaters around the country include their own perks.

As is the case with Alamo Drafthouse, many of these theaters are employing stricter policies towards talking and texting too, in an attempt to add to the luxury experience. “But wait a minute,” you might be thinking, “I don’t want to pay $20 to go to a movie, no matter how much food and alcohol they offer. Besides, that’ll cost me an arm and a leg too.”

But that’s why major multiplexes have their place too. Assuming more and more luxury theaters spring up, hopefully the average ticket price for American multiplexes will only continue to go down. The caveat is that the experience of the multiplex will be far less nice than that of one of going to a luxury theater; but at least consumers will have more options when it comes to heading to the movies.

Additionally, luxury theaters frequently give guests a chance to see smaller movies that wouldn’t normally play at their local multiplex. It’s great when a film like Boyhood gets a wide release, but as the polarizing reviews for many of this summer’s offerings show, the best movies are often the ones that get the least attention.

Of course, not all movies necessarily have to be treated like a religious experience, and they don’t need to be enjoyed in a luxury theater. This is why Alamo Drafthouse puts on crowd participation events. Moreover, not all movie theaters necessarily have to be treated like churches. Much as it may be hard for cinema purists to hear, it’s probably time for certain multiplexes, not all multiplexes, but a certain few, to ease up on their politeness policies. A movie theater should be able to be a place for silent reverence, lively enthusiasm, and everything in between. This is why you can’t really get upset when you got to a discount theater and are met with uproarious noise.

Fixing American moviegoing is all about choices. Different theaters need to offer different advantages, and patrons need to be prepared to accept the rules of these respective theaters walking in. Movies are for everyone, which is why there are a hundred different ways to enjoy them. Now, the hour has come for American theaters recognized that.