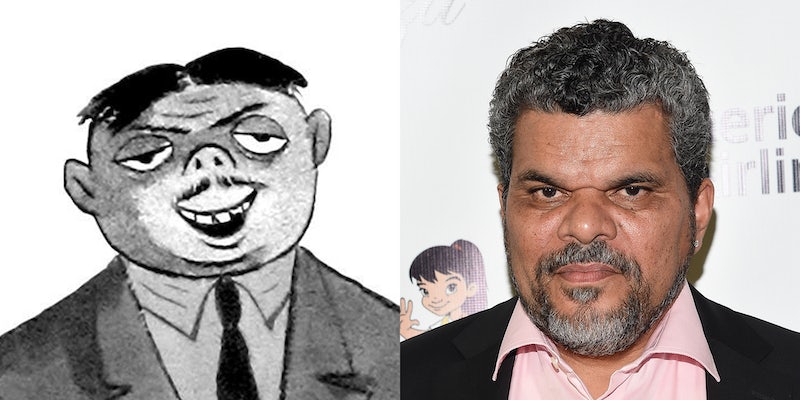 Some fans are complaining he looks wrong for the part—but they're remembering Raul Julia's role in the 1990s, not the original 'Addams' comics.

After 84 years of comics and screen adaptations, people have strong opinions about the Addams Family. And as Netflix gears up to release a new TV series helmed by Tim Burton, opinions are divided regarding some of the casting choices.

This debate is, to put it bluntly, entirely superficial. As Netflix’s Wednesday photos spread on Twitter, a lot of the responses were people complaining that Guzman isn’t handsome enough to play Gomez.

These complaints stem from the fact that many people are familiar with the Addams Family via the 1990s live-action movies, which starred Raul Julia as a classically handsome iteration of the character. There’s a strong undercurrent of fatphobia going on in these responses, with people arguing that it’s implausible for Morticia to be attracted to Luis Guzman’s Gomez—or outright admitting that a “skinny handsome Gomez” is better because “people have preferences.”

However, these complaints were soon met with pushback from other Addams fans, many of whom pointed out that Luis Guzman is actually a great match for the original Gomez. In the cartoons drawn by Charles Addams—and in many of the screen adaptations, in fact—Gomez is depicted as short and rotund.

In the long history of Addams Family adaptations, Raul Julia is arguably the only conventionally handsome Gomez. The animated films and TV shows follow the same character design as the original cartoons—including the ongoing movie franchise where Gomez is voiced by Oscar Isaac. Meanwhile in the live-action TV shows, Gomez followed the tradition of average-looking sitcom dads, played by John Astin in the 1960s and Glenn Taranto in the 1990s.

The Luis Guzman defence squad is now out in full force on Twitter, celebrating his casting and pointing out how similar he looks to vintage Gomez Addams. Meanwhile, others are pointing out that Gomez’s characterization is less about looks, and more to do with his overall vibe as TV’s most iconic Wife Guy.