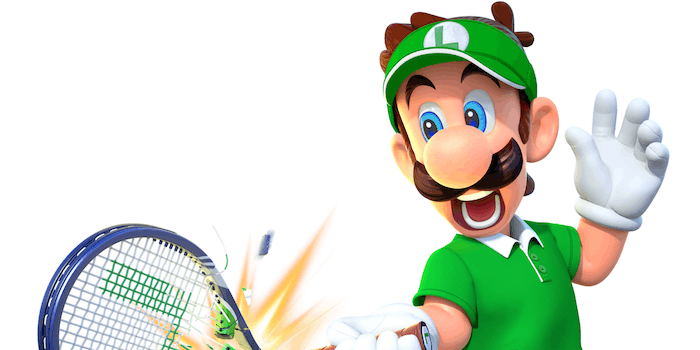 The answer to a question you never asked.

First, it was Mario’s nipples, now it’s Luigi’s penis. As Nintendo’s 3D graphics get more detailed in the newest generation of Mario games, the two famous brothers are being rendered as human men with all the human parts, not the chubby Italian Ken Dolls of yore. Of course, people have always wondered what’s going on “down there,” and now they know, thanks to a very revealing screenshot of Luigi’s tight shorts in the upcoming Mario Tennis Aces.

The difference between Tumblr and Twitter is that Twitter users are all upset about Luigi's dick bulge because they're so fucking basic and Tumblr users are doing Algebra to figure out that it's roughly 3.7" flacid and they're so happy for him to have a dick. pic.twitter.com/BlQynFRaZd

As with the Mario nipple reveal in Super Mario Odyssey, fans seem to be divided on Luigi’s bulge. There are those who think it’s unnecessary and wish they’d never been made to contemplate the lanky cartoon mustache man as a sexual being, and there are those who are absolutely thrilled that Luigi’s slightly-above-average D has become part of the Mario canon.

This sounds more serious than I want it to be. The thing is some of y'all weirdos think too much and have dirty minds. Y'all really think Nintendo took the time to make sure Luigi's dick was present in a kids game about tennis? Come on.

Meanwhile, on Tumblr, fans are calculating the approximate size of Luigi’s equipment. They can’t get enough!

The thrust (heh) of the backlash is generally that dick physics isn’t a necessary component of a sports game for kids, especially coming from Nintendo of America, a company that has historically been “family-friendly” to a fault, removing references to sex, drugs, and alcohol from the U.S. versions of games. Many people don’t want to think of the safe and friendly characters they grew up with as sexy, dick-having adult men—totally understandable!

In a way, Luigi’s penis has been there all along, in the hearts and minds of a certain kind of fan. These folks will be very happy that Nintendo has made Super Mario Genitals part of the in-game canon, and kids probably won’t even notice.

Correction 8:34am, March 16: An earlier version of this article misstated in which game Mario’s nipples made their debut. That title was Super Mario Odyssey, not Galaxy.