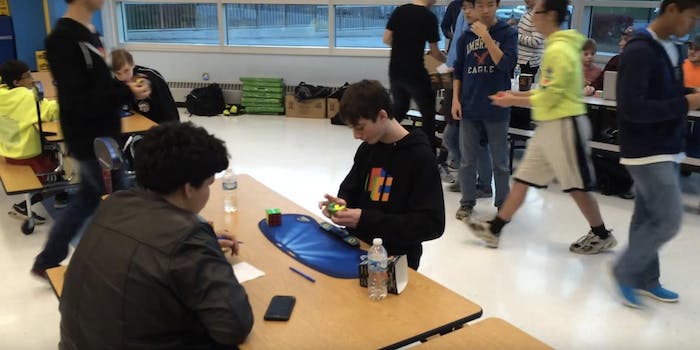 In just under five seconds.

At the tender age of 14, Lucas Etter is already setting world records.

At River Hill Fall 2015, a Rubik’s Cube competition, the teen solved the colorful puzzle in a mere 4.9 seconds. With that time, he broke the world record, shaving 0.6 seconds from his previous best. Check out how everyone freaks when they realize what Etter just did.

Meanwhile, most of us haven’t solved a Rubik’s Cube in our entire life.