This might be the weirdest lost-and-found story in the history of Craigslist.

Elliot Fuller and Jason Franklin were canoeing in the area of Wisconsin’s Lake Lucerne when they came across a rather impressive sight.

“We ran into a beaver damn and dragged the canoe over it,” Fuller told the Daily Dot. “Pretty amazing, I’ve never seen one before.” But around the next bend, he said, they encountered something altogether unexpected.

“I noticed something that looked like a foot in the lodge, and I was sure we had found a dead body that someone dumped into the creek,” Fuller explained. “We paddled up to take a look and found it was something even stranger. It was someone’s prosthetic leg.” 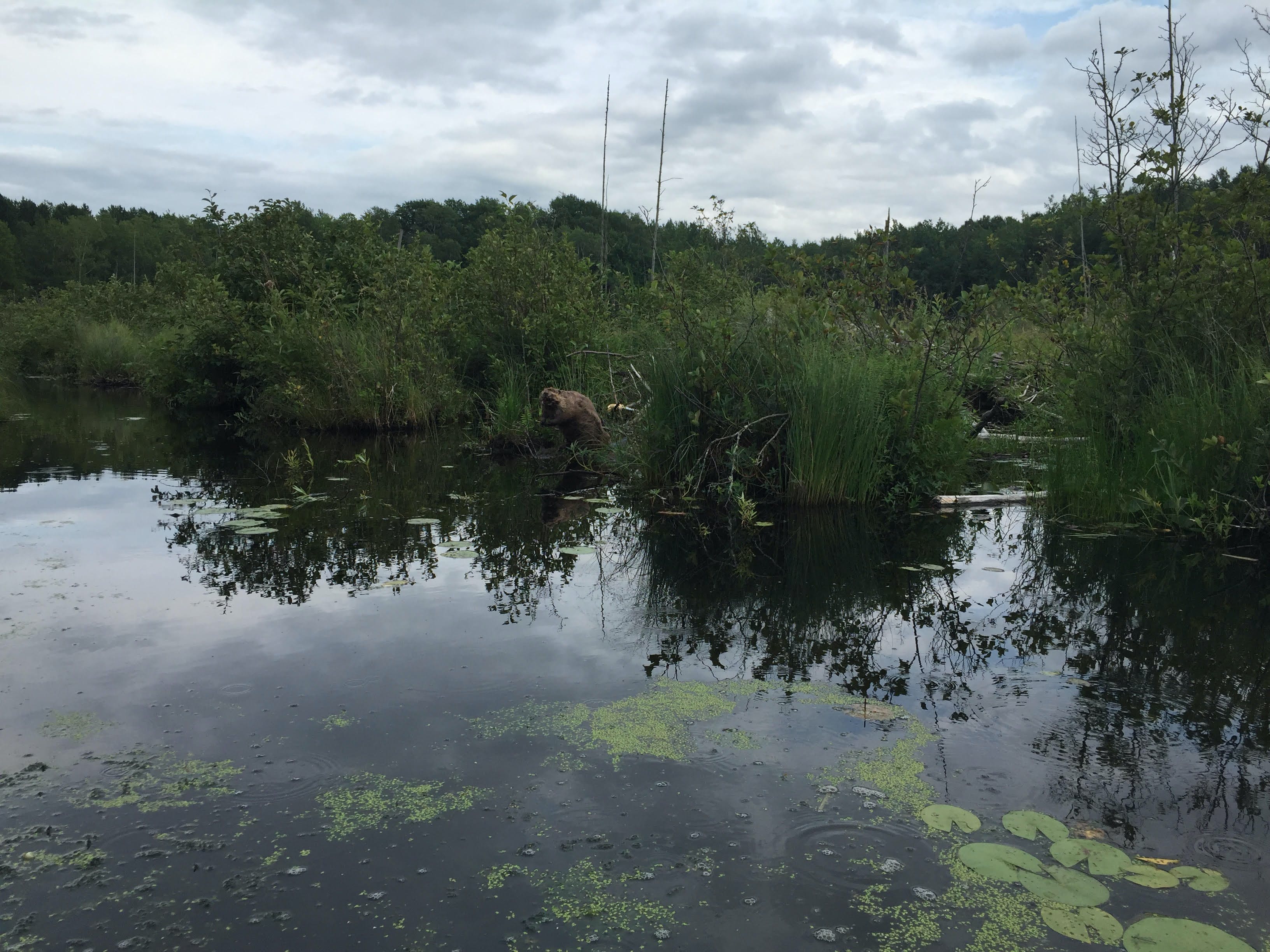 And that’s not even the half of it: Franklin then had the bright idea to check the web for anything about a lost prosthetic in the area. Lo and behold, that exact Craigslist ad had been posted a few weeks before. 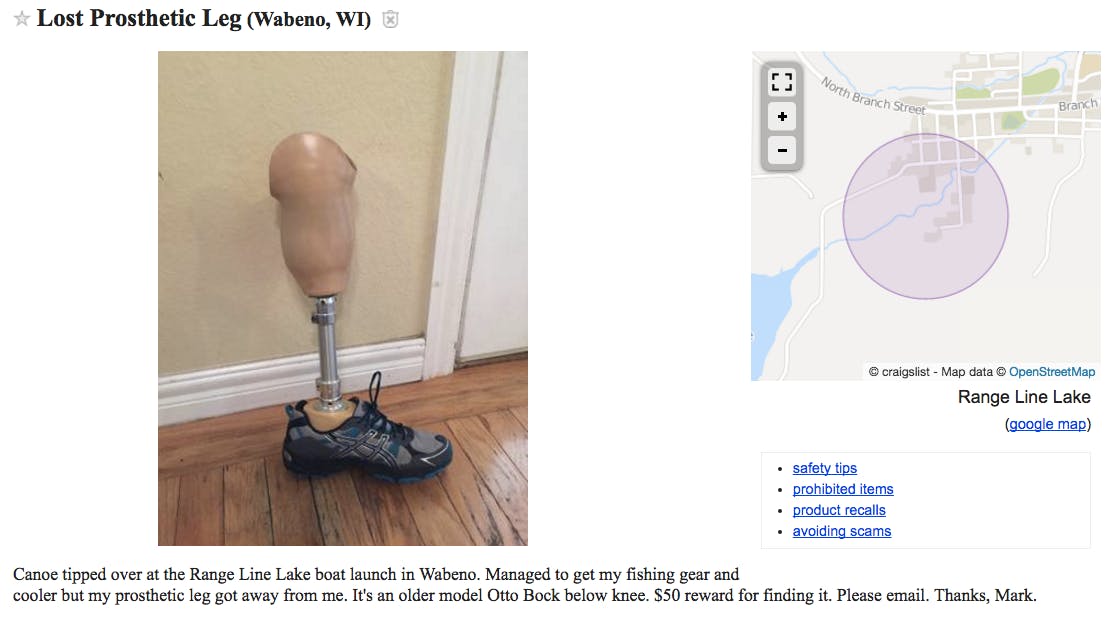 The mysterious limb belonged to Mark Warner of Green Bay, who had lost it while fishing about three miles away from where Fuller and Franklin recovered it, presumably angering several beavers in the process.

“I wasn’t overly worried about it because I use my older model for fishing and hunting,” Warner told the Milwaukee-Wisconsin Journal Sentinel. “It wasn’t my everyday leg, to put it that way. I just thought it was gone. I really didn’t expect to see it again. On my end, it’s pretty amazing and it’s pretty bizarre where it ended up.”

True to his word, Warner gave Fuller and Franklin $50 for the leg in what has to rank among the weirdest and most successful lost-and-found stories in the history of Craigslist. Pretty generous of him, too, as Fuller pointed out that the prosthetic had been “chewed on a bit.”

But dam if it wasn’t the right thing to do.