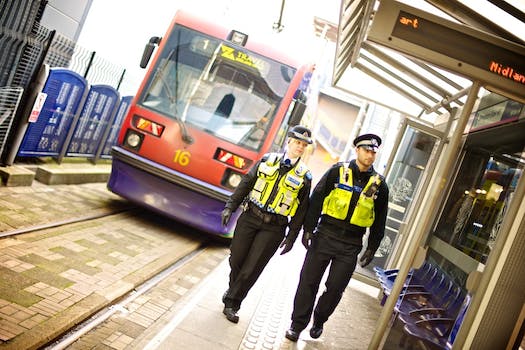 Sound familiar? It's the third such incident in London this year.

A woman has been charged with a racially aggravated public order offense after a video of a racist tirade appeared on YouTube Wednesday night.

Police arrested Jacqueline Williams, 47, of Slade Green, Kent, just hours after making an appeal to the public to identify the woman seen taunting a group of black passengers on a train in East London Tuesday afternoon, the Daily Mail reported.

The British Transport Police launched their investigation soon after they were made aware of the video and reached out to the public and people who viewed the original video on YouTube for any information.

The video showed the woman, who appeared to be in her 40s, yelling at a group of black passengers on the train. Oliver Miller, 24, uploaded the video to YouTube after his younger sister, Leah, witnessed the incident on the train.

Leah was with a woman she looked after when another woman, who police have identified as Williams, started arguing with a group of black passengers.

Other passengers warned Williams that she was being recorded and many asked her to leave the train.

Finding herself unable to step in, Leah filmed the encounter and followed Williams onto the platform at the Abbey Wood station, where she continued to shout racial obscenities at Leah.

Miller’s video has received more than 10,000 views since he uploaded it Tuesday.

“What this woman was saying is extremely offensive,” Miller told the Daily Mail. “It’s disgusting. What right does this woman have to abuse my sister like that?”

Williams is scheduled to appear at Bexley Magistrates’ Court on Nov. 9.

This is the third racially charged incident to hit YouTube in London. Police arrested an unnamed woman in August for her tirade on a London bus in August, and Jacqueline Woodhouse pleaded guilty to drunkenly making racist comments on the London Underground in January.