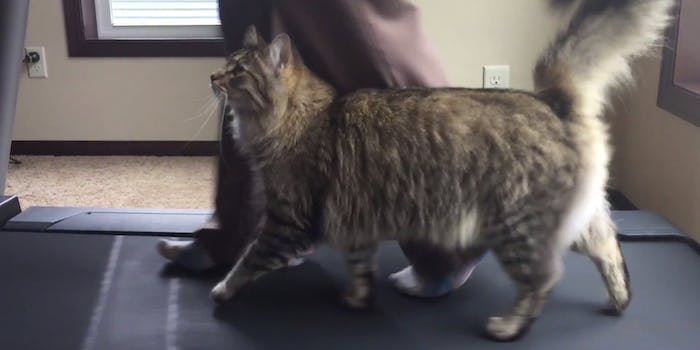 Loki the cat pushes owner aside to use the treadmill

He's a great workout buddy—until you get in his way.

When they’re not busy eating, sleeping, and getting in their owner’s’ way, even cats need to exercise once in a while.

When it comes to walking on a treadmill, however, they still can’t help but get in the way anyway. Take Loki the cat, for instance, who steps onto a moving treadmill once one of his owners is on it and proceeds to be a most intrusive treadmill buddy. And if his owner trips, it’s certainly not his fault.

Being a cat is hard work, after all, and that 25-second-or-so workout was easily enough for him. Now he has to go nap it off for the next 10 hours.