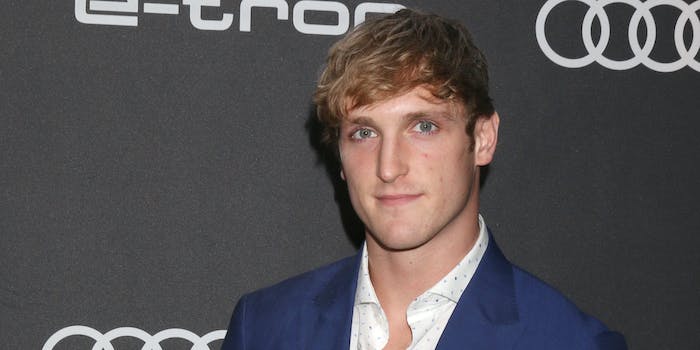 Logan Paul really wants an influencer to fight him

He's offering $10K to 'any influencer who can beat me.'

Logan Paul hasn’t been in the news for a few weeks.

The perpetually controversial YouTuber typically makes headlines for one ill-advised move or another. His first claim to infamy, the notorious suicide forest video, provided Paul with a reputation that sticks to this day, despite the video’s release more than two years ago, in early 2018.

Since then, Paul has maintained his following through a series of attention-grabbing stunts. He’s released several gruesomely bad diss tracks, started and sunk a brief career on Twitch, and began pushing a throughly underwhelming career in boxing.

Thanks in large part to coronavirus, Paul hasn’t found himself in the spotlight in a while. Apparently, it was too long. The YouTuber attempted to stir up some attention on Monday by tweeting out a challenge. He offered $10,000 to “any influencer” who can beat him in a wrestling match. The invitation, made via tweet, was likely intended in part as a publicity stunt, but knowing Paul’s tendency toward exorbitant spending, it is probably also true.

The internet shared a collective eye roll when Paul’s tweet hit their timelines. Soon, he was drowning in offers. Not all of them are influencers, but people are lining up for the opportunity to take a swing at Paul.

“I can absolutely destroy Logan Paul in a fight and I’ve never been more sure of anything in my life,” one user wrote. “Plz RT if you want to watch this guy get beat up by a girl.”

Dozens of people volunteered to enter the ring with Paul. Everyday people joined influencers in their united goal to see Paul lose. James Charles, Future, and Corinna Kopf have all signed up to be considered. Several people even tapped KSI, who fought Paul back in 2018, to have another go.

Paul’s offer was even enticing enough to lure in some legitimate talent. He may find himself in deeper than intended, as a legitimate wrestler has already responded. Ben Askren, a former Olympic wrestler, is fully on-board. “I’ll pin you in less than a minute, bad hip and all,” he wrote.

Predictably, Paul took the bait. He responded with a jab at Askren’s past fights.

Askren is still interested, however, leading people to wonder if this fight could really happen. If we know anything about Paul, it’s that he can’t resist the spotlight for long. If Askren is his ticket back to the top, we may well see the match occur once coronavirus regulations have calmed down. If we’re lucky, Elijah Burke will provide commentary for the match.