The Daily Dot is exploring the depth and beauty of foreign hookups with its ongoing Tinder power rankings. It’s a travelogue for swiping abroad.

Last month, I poured my heart out into the loveless sieve of Tinder like a drunkard sloshing beer from keg to red Solo cup. I did so in a foreign country—the Czech Republic—and now I’m doing it again in Slovenia, specifically in its largest city, Ljubljana. Owing to the fact that you can basically shorten and awkwardly pronounce this city’s name as simply “lube,” I wrongly figured I’d be getting pretty damn lucky. It turns out I’d have an easier time ordering a pizza from the matchmaking app than crafting any semblance of a real connection.

Ljubljana Tinder is its own artsy shitshow, swapping the debonair weirdos of Prague for men in full horror makeup and photos of paintings. Hell, there were even stock images and standard-fare Eastern Europeans in tracksuits squatting, which I’ve now found out is a thing. There was also a massive heatwave here so the tracksuit-clad folks just kind of looked idiotic and like they were in a Christian crabcore band or something.

I came disturbingly close to having a date with a rat tail-donning man and his penchant for chopping wood (not a euphemism) but cancelled it at the last minute to get some non-sexual work done. I had a great, abstinent evening of writing and also matched with a few more people I’m traveling with, secretly hoping they either think I’m about it or want to buy me pizza. All the while, the benevolent Ljubljana Tinder gods just kept giving and giving, to the point that 15 profiles were whittled down to form this power ranking.

Here they are, in all their glory. 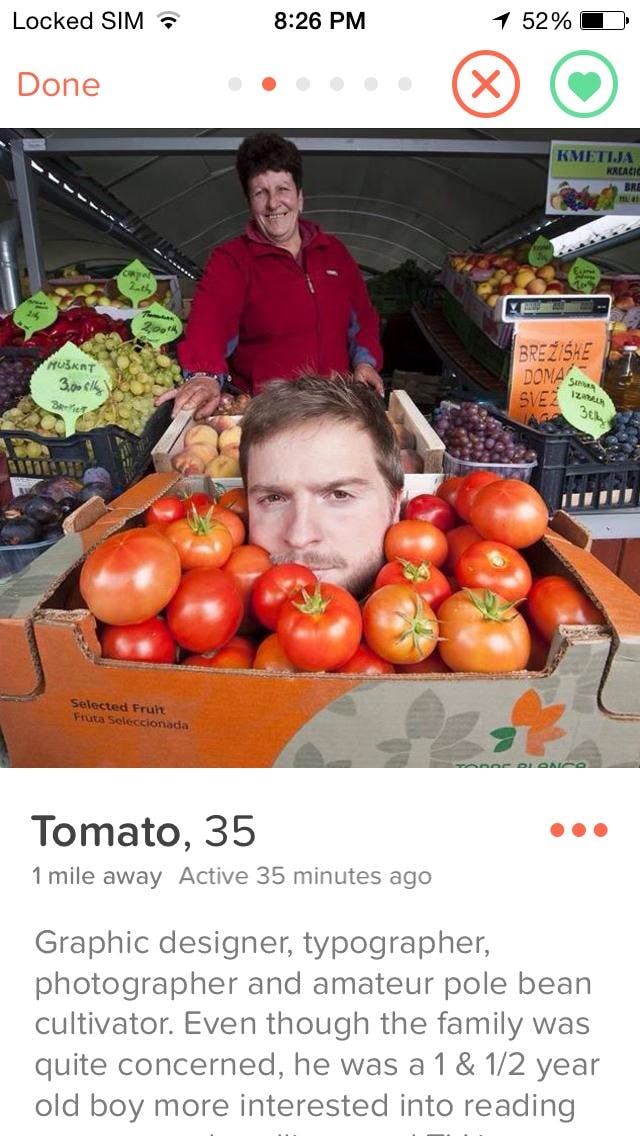 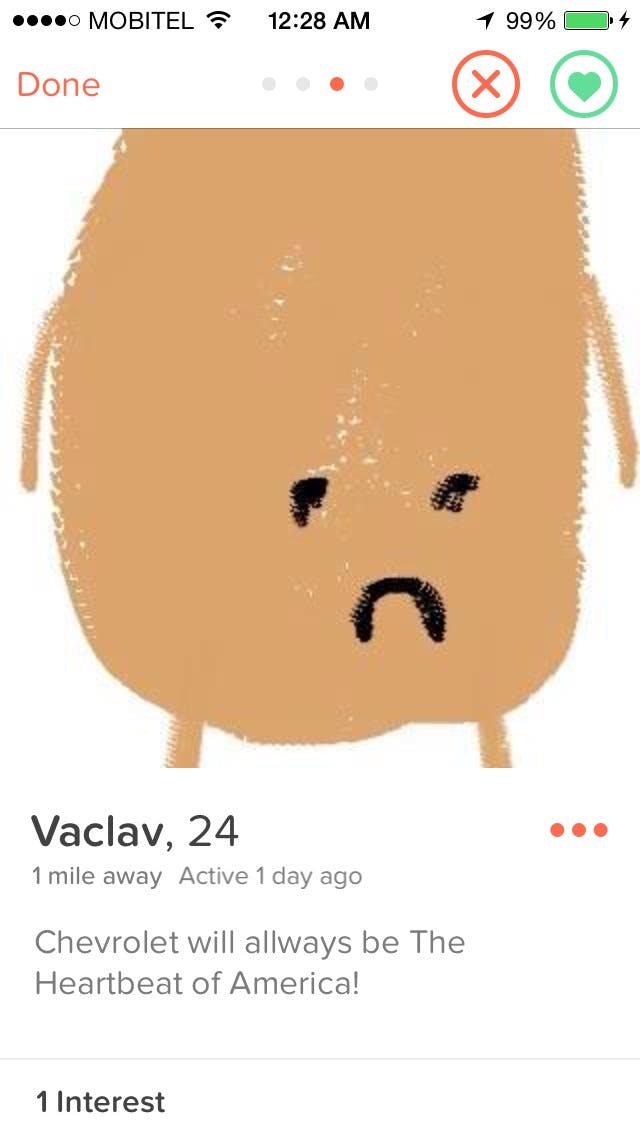 Described more frequently as a very sad ballsack, Vaclav at least has one passion in life: pandering to Americans with the use of a tired old car slogan that dates back nearly 30 years and has been out of use since dude was two years old. I’m not quite sure when Chevrolet stopped being the heartbeat of America or what it got replaced with (Monsanto? Dunkin’ Donuts?) but that’s no reason for this man to be such a literal sad sack. It gets better, Vaclav. 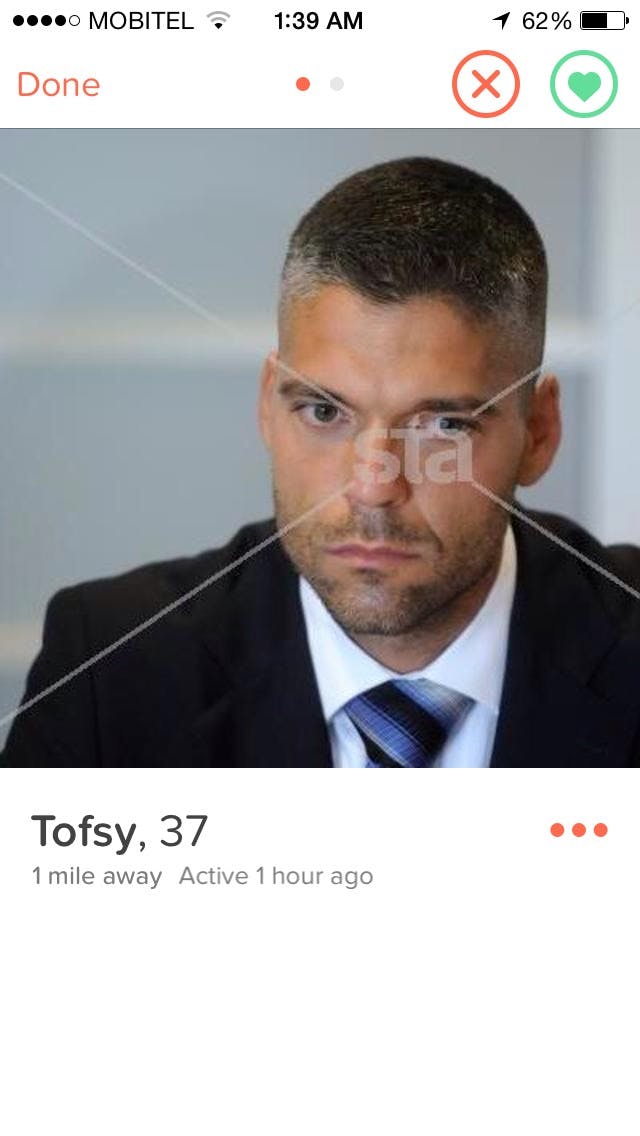 Searching for both the stock image site and the name of this guy on Google yields autocorrected results for “STL Today,” which is probably a lot more relevant to getting laid than some stern businessman with his left eye melting into a really obvious watermark. Tofsy’s other photo was a blank Facebook image, therefore he is a blank slate. He is the common man. Also his name anagrams to “softy,” which is pretty goddamn solid. 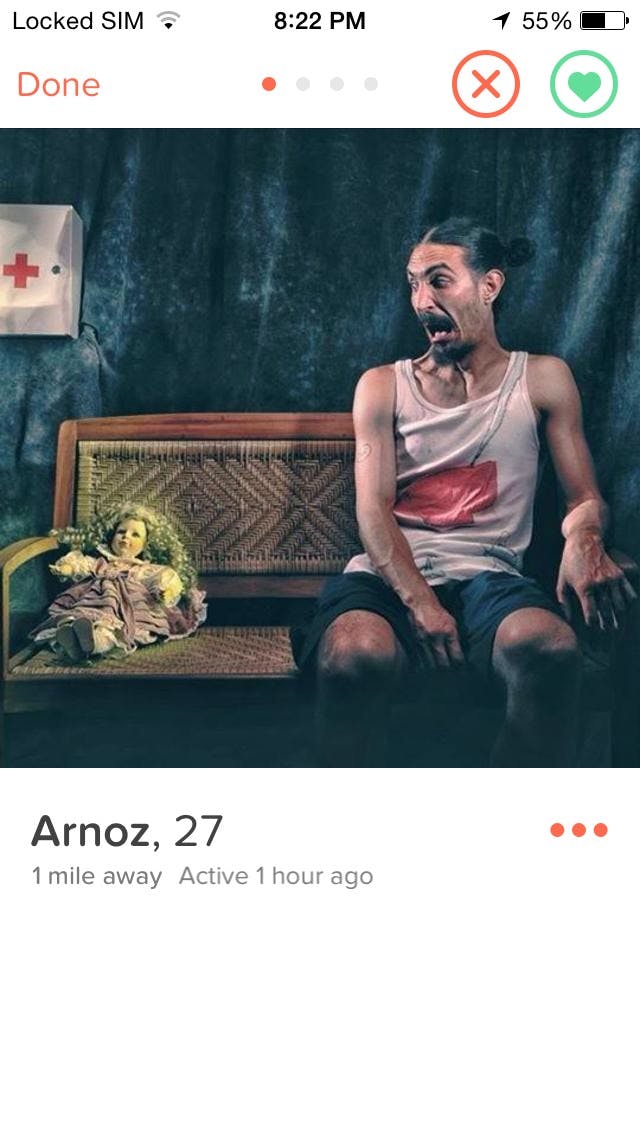 Apparently Slovenian waiting rooms are a whole other horrifying beast, judging by this HDR photo of Arnoz screaming at what appears to be a radioactive doll just slightly below a first-aid kit on a bench. This could very well be performance art but judging by the authentic mouth agape with shock and sky-high eyebrows, there must be something he’s legitimately afraid of in this moment, right? 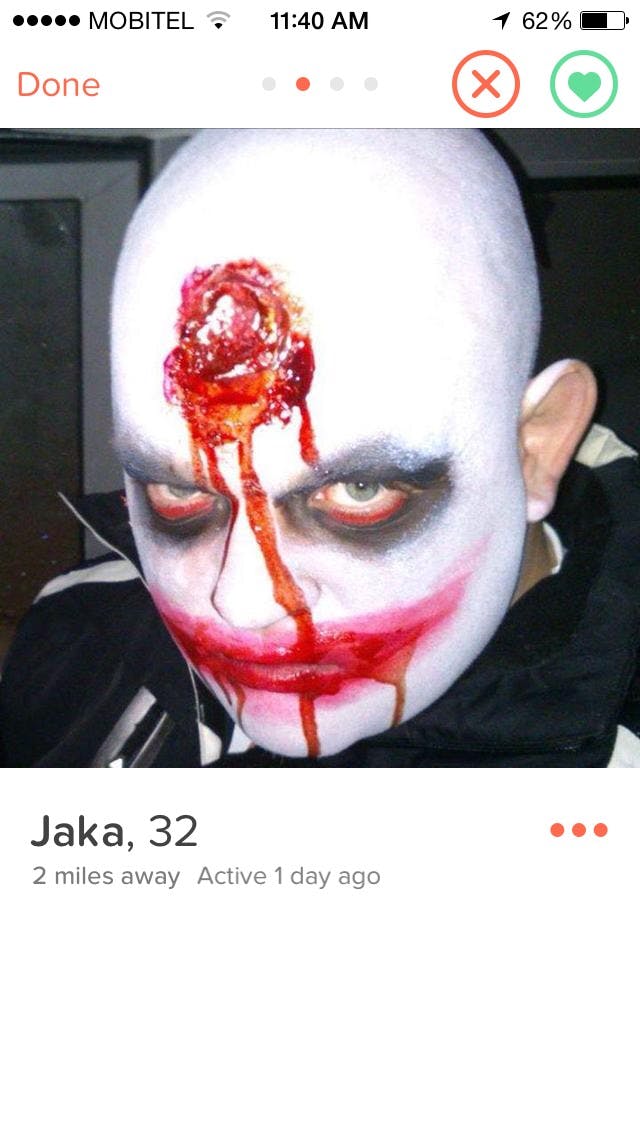 Oh. OK. That guy. With the, um, blood or ketchup from one of those individual packs you get at McDonald’s smashed onto his forehead and a whole lot of white powder foundation, but not enough to cover his ear. That’s gotta be the reason Arnoz is screaming. Jaka is probably the person who sent him to that weirdass velvet backdropped hospital. He’s certainly one of the big reasons why my sex drive is gone. 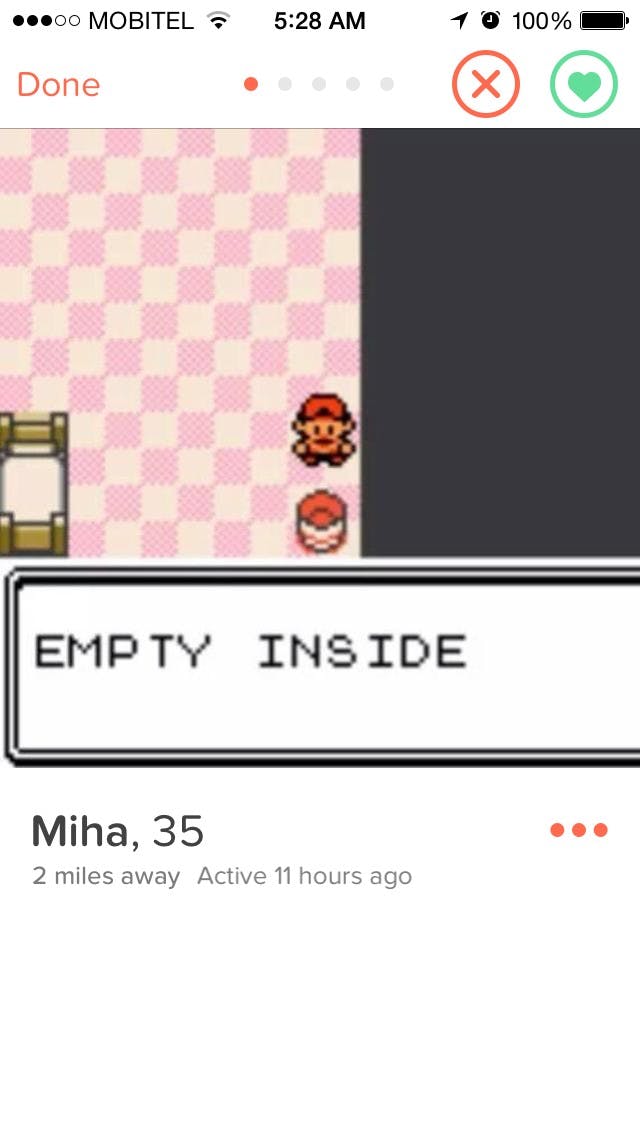