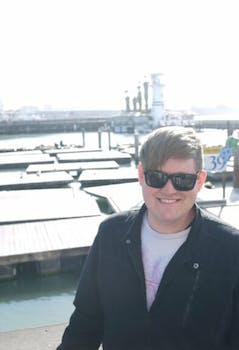 From popular LiveJournal to perfect job

Last year, LiveJournal had a problem. One of their communities, gossip hub Oh No They Didn’t! (ONTD), got so big that it was crashing their server regularly. It got to the point that any big celebrity news would shut the entire platform down for hours.

LiveJournal’s editorial team promptly sent an email to the group’s moderator, Brenden Delzer. But not for a reprimand. Instead, they wanted to offer him a job.

“They called and said, ‘We want to take ONTD to the next level.’ I met with the CEO and two weeks later it was a job offer,” Delzer told the Daily Dot in a phone interview.

It’s a new era for the thirteen-year-old blogging platform. As time flows on, the user base they’ve created has taken on a culture of its own. Now, Livejournal is discovering that the best way to understand their users is to hire one of them.

Today, Delzer runs ONTD directly out of the LiveJournal office in San Francisco. But even before it became his full-time job, running the gossip community was, well, his full time job.

Ever since 2006, when ONTD’s founder lost interest and Delzer joined the moderating team, the community has been his life. All throughout college and a subsequent uninspiring day job, Delzer kept ONTD open on his computer screen.

“I live and breathe ONTD. The first thing I do when I wake up in the morning is check ONTD, in the office it’s ONTD all day, and the last thing I do before I go to sleep is check ONTD,” he said. “Even when I go on vacation I need to make sure I have internet access so I can check it.”

The difference between a standard blog and a LiveJournal community is that ONTD’s content comes from thousands of users. With a group of part time volunteers, Delzer sifts through celebrity news submissions, sometimes up to 300 a day, to choose which ones to post. He also has to decide which users can join and stay on ONTD, which maintains a reputation for civil discussion only through constant and vigilant user moderation.

But even though Delzer has a hand in each of the 150-plus articles that pop up on the site daily, he said ONTD is not about him at all. He definitely doesn’t want to become the next Perez Hilton.

“Places like Perez Hilton are all about them. About one person’s voice. This site is not about Brenden. It’s the community’s voice,” he said. “Lily Allen said in an interview that that’s why she likes ONTD better than Perez Hilton.”

Delzer doesn’t namedrop Lily Allen for the heck of it. She’s just one of the many celebrities who’ve take a liking to ONTD. The community has been featured on Oprah’s favorite things, invited to attend the Video Music Awards, and pops up as a regular source in tabloids and women’s magazines. Delzer thinks the site is popular because it’s comprised of devout fans.

Really, that’s what ONTD comes down to for Delzer. He runs the site because it’s his utmost passion.

“My tip for other bloggers is to do it because you love it and not expect anything in return,” he said. “I did this for free for years. Even if I didn’t get a job with LiveJournal I’d still be doing it.”

Delzer is a user first and a LiveJournal employee second, so he’s often correcting his coworkers on terms of LJ etiquette. He can often predict when an alteration to ONTD’s theme will outrage users and when they will take it in stride.

“[Users] definitely treat me differently now that I work for LJ, but I remind them I’ve been around since 2004,” he said. “I’m a moderator, but I comment, I post, and I’m still a part of the community.”

Recently, LiveJournal’s general manager told the Daily Dot that since Delzer’s transition has gone well, she is searching LiveJournal communities for more users to hire.

“I think hiring from within the community is the greatest idea ever,” said Delzer. “I do well at this job because I’m an LJ user and I obviously love LJ.”