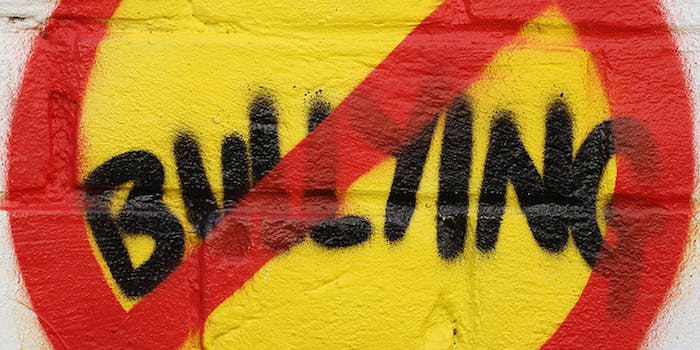 Contrary to popular belief, LiveJournal is still around and helping support social issues through communities like Bullying Begone

It started as one user’s solace for victims. Now, Bullying Begone has become the backbone of LiveJournal’s corporate anti-bullying initiative.

LiveJournal’s new approach to content curation has made it the blogging platform of opportunity: any user can potentially start the next big thing. If LiveJournal’s editorial team finds and likes the group, they might offer the person responsible a community manager promotion, sponsorship, or even a job.

“When we saw the gossip community OhNoTheyDidnt had 120,000 members, we reached out to its maintainer,” Petrochenko said. “Now he’s my employee.”

In the last few months though, Petrochenko has been thinking about curation differently. Instead of promoting communities that are already substantial, Petrochenko wants to highlight a few that focus on social issues that she said are important to LiveJournal.

“We thought an anti-bullying initiative was the perfect thing for LiveJournal, since a lot of our users are outcasts,” she said.

Since October is National Anti-Bullying Awareness Month, Petrochenko said her three-person editorial team began combing LiveJournal’s six million U.S. blogs for a fitting community to bring into the fold a few months ago. That’s when they came across Bullying Begone.

Bullying Begone was launched last October by LiveJournal user Lynnsey, who asked to remain anonymous due to her past bullying incidents. She wanted to create a place for victims like herself to share their stories using LiveJournal’s “member lock” feature, which keeps outsiders from viewing their stories. That “air of mystery,” she said, is why she fostered a community on LiveJournal instead of Facebook or Tumblr.

“It all goes back to feeling vulnerable, and I hate feeling like that,” she said. “It’s been over a decade since I was last tormented, even though the pain seems like yesterday sometimes.”

This October, LiveJournal began promoting her community on the front page. They installed ads on the community, highlighting LiveJournal’s new partner, Be A Star Alliance, an anti-bullying group. (LiveJournal is currently planning a summit with the alliance based on It Gets Better.)

The blogging platform also promoted Bullying Begone with an anti-bullying writing prompt that had an iPad as a reward, something Lynnsey wouldn’t be able to give away without LiveJournal’s help. She saw the community’s numbers double to 500.

“Now I would also say I have many victims of bullying, another good mixture of former and current victims,” she said. “However, I have a few former bullies too, who I encourage to share their stories as much as I do with victims themselves.”

Petrochenko said she plans to continue to promote communities that are important to the LiveJournal community. She said this will both help users more easily find communities as well as keep her company on the radar.