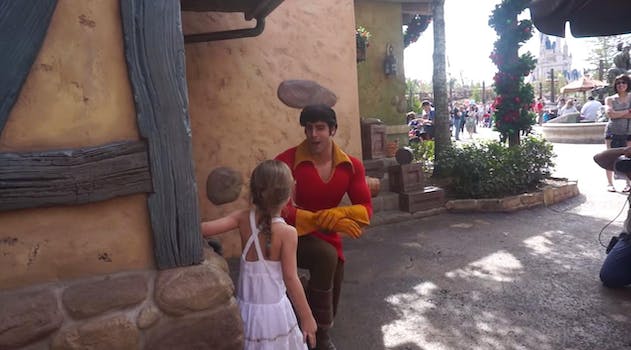 Disney, take note. We need more princesses like this.

Walt Disney World is supposed to be one of the most magical places on Earth, a kingdom where dreams come true. But unfortunately for one Disney character, that was anything but the case during a cold day in November. What began as a routine interaction with a tenacious little girl ended with some straight talk and more than a few crushed dreams.

It all began innocently enough, as a precocious girl name Isabella handed over her autograph book to Beauty and the Beast’s Gaston to grab his signature. But when the narcissistic Frenchman began dispensing with his trademark charms, things took a turn for the worse.

His thick crop of black hair and bulging muscles were no match for Isabella’s determination as she began setting the hunter straight about the true nature of his relationship with Belle. But she didn’t stop with simply dispelling his romantic delusions. After she broke the news that the Beast was going to marry Belle, she served up a warning that the beast would be coming to not only fight Gaston, but beat him.

Disney, I hope you’re taking notes. The next princess could use a lot more of Isabella’s grit and determination when it comes to serving up some real talk.