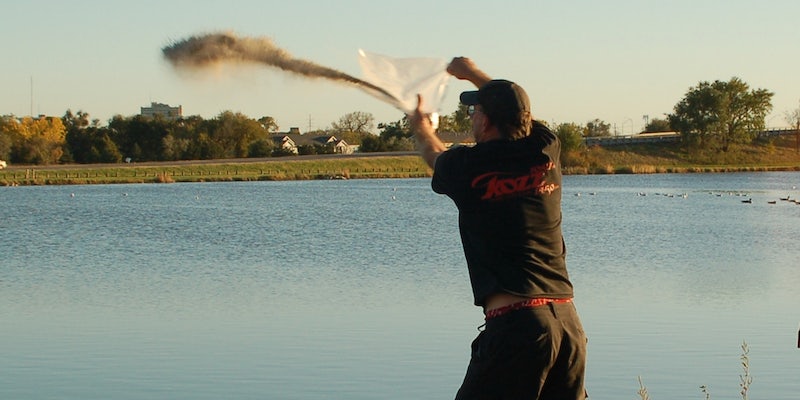 It's a common mistake to lose a family member in a store. It's something else entirely when the relative is dead, and cremated.

It’s a common mistake to lose a family member in a store. It’s something else entirely when the relative is dead, and cremated.

Roughly two weeks ago, Charlie Nguyen, owner of Charlie’s Liquor and Smoke Shop in Wichita, Kansas, noticed that a customer had left something on his counter. Upon closer inspection, he discovered that the mystery object was no object at all, but rather a person’s ashes. A label on the bag read “Helen K. Dapron” and carried with it another distinction: “Grandma.”

“This is somebody’s grandma. I cannot throw this one away,” Nguyen told Wichita television station KWCH-12.

Nguyen did what any of us would do: he turned to Craigslist for help. After all, people using the site to unload those that they no longer want in their lives, like a baby, is nothing new.

Fortunately, the reply Nguyen got from his ad, which has since been taken down, was not from a typical Craigslist creeper but rather from someone claiming to be a (very relieved) relative. According to KWCH, the relative should be picking up the ashes sometime on October 3.

If Grandpa Dapron ever passes on, let’s hope that the family doesn’t stop for cigarettes and liquor on the way to the funeral parlor again.