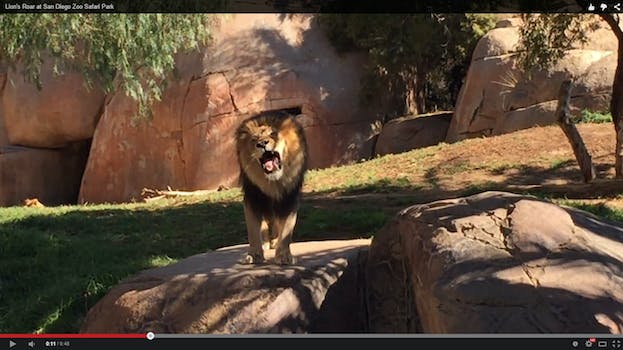 Visitors to the famed San Diego Zoo were in for quite a treat as they made their way through the zoo’s safari park. The male lion, the veritable king of the jungle (well, enclosed habitat, really), emerged from his den to deliver a rousing speech to his visitors. It was akin to the President’s annual State of the Union address, only with a better reception.

His speech dwindled after a few seconds and he stared at the gathered crowd, presumably offering to take questions. When no one had anything to say aside from typical gawking-tourist banter, the lion turned and walked away. It was a short but awe-inspiring performance from one of the zoo’s most impressive inhabitants.