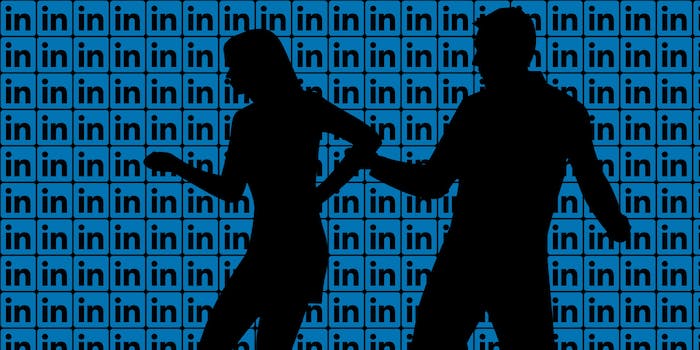 I was solicited by a pimp on LinkedIn

LinkedIn has become the premier social network of the professional world. While some deride it as a profile graveyard, for recruiters and countless others, the site has become invaluable source of new leads and opportunities.

Developers and engineers have long been the target of headhunters looking to make a quick buck, but a Daily Dot investigation has revealed that a new, more nefarious type of recruiter is utilizing the network to prey on the young and unemployed: the pimp.

This is the innocuous looking profile of Michael Baldwin from Birmingham, England. He claims to have been a freelance agent in the “Entertainment Industry” for nine years and has 379 connections to his credit. 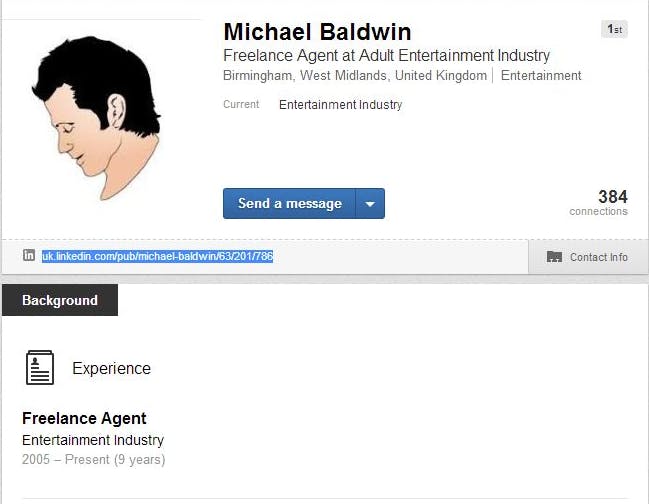 We were shown evidence that Baldwin is spamming young women on LinkedIn with offers of “high class work” and “adult parties” for “open minded girls.”

Posing as a recent high school graduate, we contacted him to see what that work might entail. He first inquired about my age, then pushed to move the conversation to email.

By claiming he can provide employment at sex parties and as an escort prostitute, Baldwin isn’t just being a lecherous creep—he’s breaking the law. Both inciting someone to become a prostitute and doing so in expectation of financial gain are breaches of the Sexual Offences Act 2003.

LinkedIn has been proactive in prohibiting legal sex workers from using its network. In May 2013, the company changed the language in its user agreement to prevent escorts and prostitutes from creating profiles or providing content—even if the profession is legal where the user is located. The move struck a nerve in the industry and affected those who regularly used the service to stay in touch with clients.

While on the surface, LinkedIn appears to have taken a moral high road—like Yelp and Craigslist before it—the sprawling nature of the platform makes it easy for people like Baldwin to continue to operate under the radar and target vulnerable women. In that sense, LinkedIn faces the same fundamental issue as every other major social platform: It’s too large to manually monitor content and must rely on its users to flag abuses of the system.

LinkedIn is different in that, by design, it lends a veneer of respectability to each account, presenting each user, regardless of personal background, in a professional setting, with backgrounds, connections, experience summaries, and endorsements. Baldwin, for example, was a member of the LinkedIn group “single moms” and had 384 connections and endorsements for  “Acting,” “Entertainment,” and “Event Planning.”

And while other sites like YouTube have obvious buttons for flagging offensive content or spam, LinkedIn’s only course of action—”Block or Report”—is buried in a dropdown menu under “Send a message.” Choosing to report a user will report in a review of the account for inappropriate behavior or terms-of-service violations, but it’s unclear how long that process will take and what further action can be taken by the affected user. 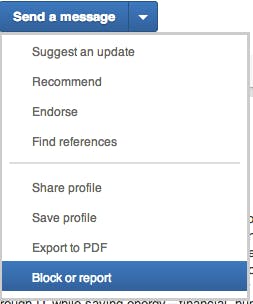 Too bad he can simply sign up for a new one and start the cycle all over again.