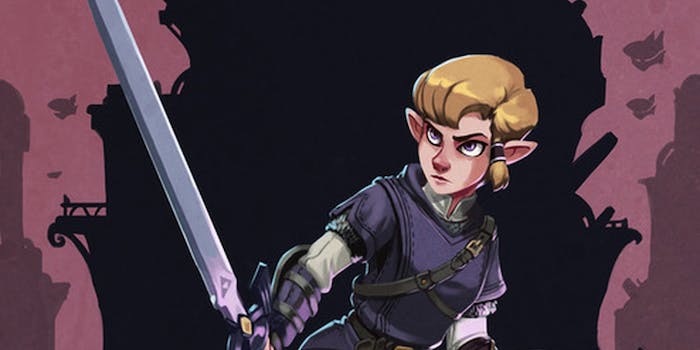 Step aside, Link! Zelda becomes the hero in artist’s concept

In The Legend of Zelda: Clockwork Empire, Zelda is trying to rescue Prince Link for a change.

Brooklyn-based cartoonist Aaron Diaz is getting a lot of attention on Tumblr for his drawings of The Legend of Zelda’s damsel in distress taking on the hero’s role.

“For a long time I’ve been conscious of the fact that female protagonists are in short supply in the gaming industry, but beyond making entirely new properties, I didn’t think much could be done to rectify it,” Diaz told the Daily Dot in an email. 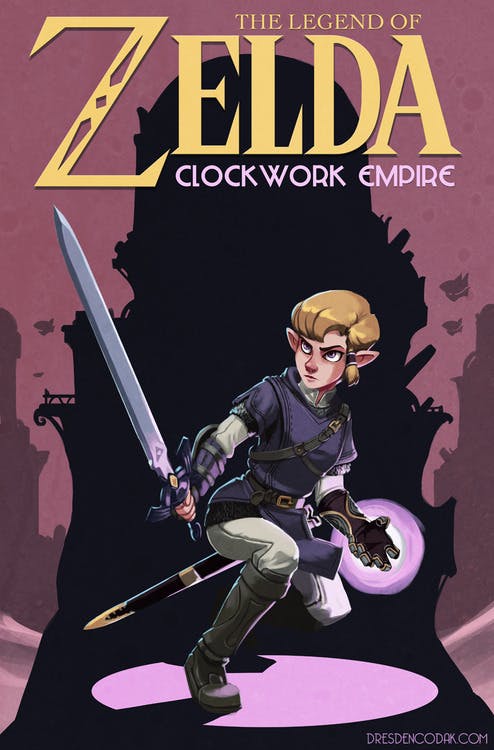 In the original series, adventurer Link typically endeavors to rescue Hyrule’s Princess Zelda from imprisonment or kidnapping by antagonist Ganon. Eventually, however, players learn Zelda is more than capable of holding her own in battle.

“I realized that not only was Princess Zelda suited to be a compelling protagonist, but the game series itself offered a built-in mechanism for shaking up the roles of the cast,” Diaz said. “Zelda, Link and Ganon are often reincarnated with different backgrounds and upbringings.”

With this in mind the 29-year-old set his game 2,000 years after Twilight Princess, the 13th installment of the series. In this world, the franchise’s usual hero, Link, is royalty and Zelda is raised as a pirate unaware of her royal heritage. Diaz said this creative freedom allowed him to keep the basic personalities of the characters, hit familiar thematic notes from the other Zelda games, and also show “that a Zelda protagonist would provide a new gaming experience distinct from Link.” 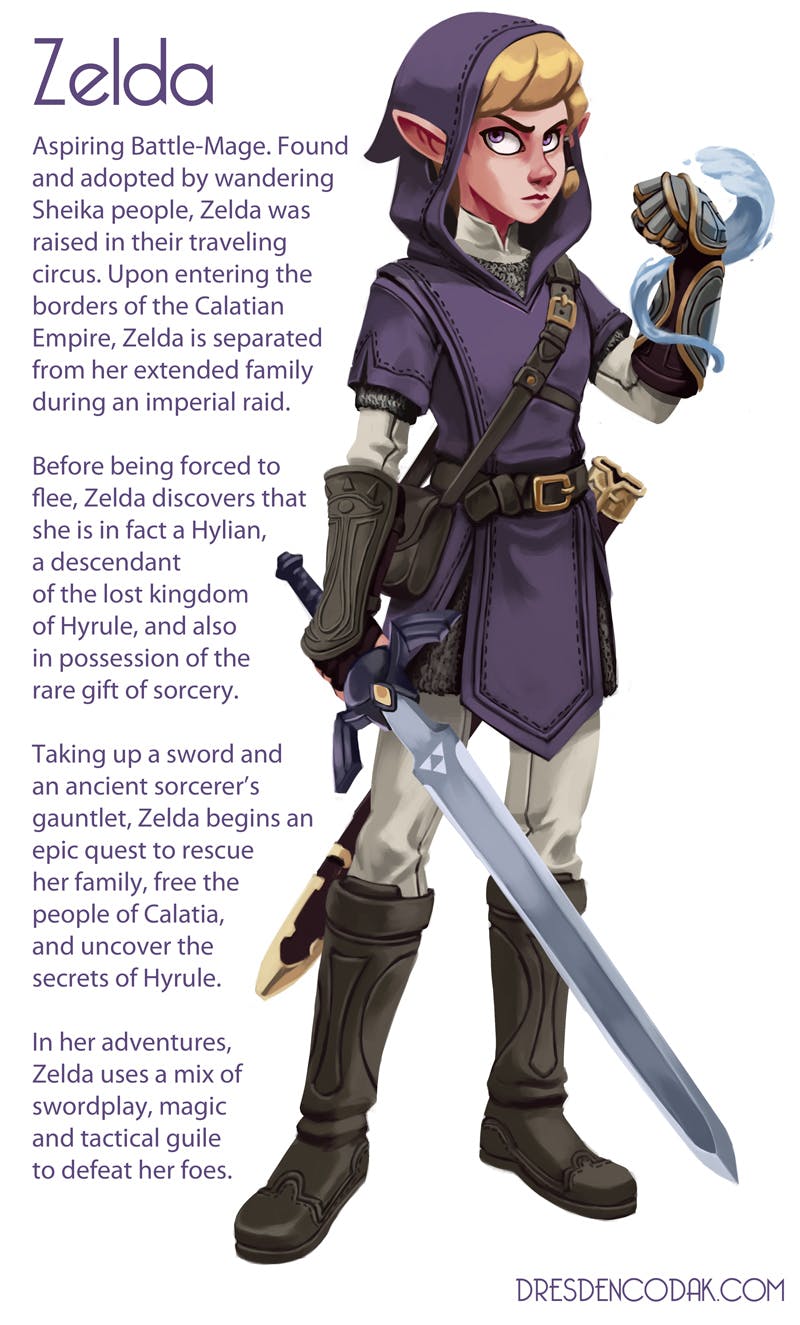 The first illustrations he posted on April 11 have received more than 63,000 notes on Tumblr. Diaz was surprised by the explosion of attention and thinks it may have something to do with how thoroughly he explored the concept. 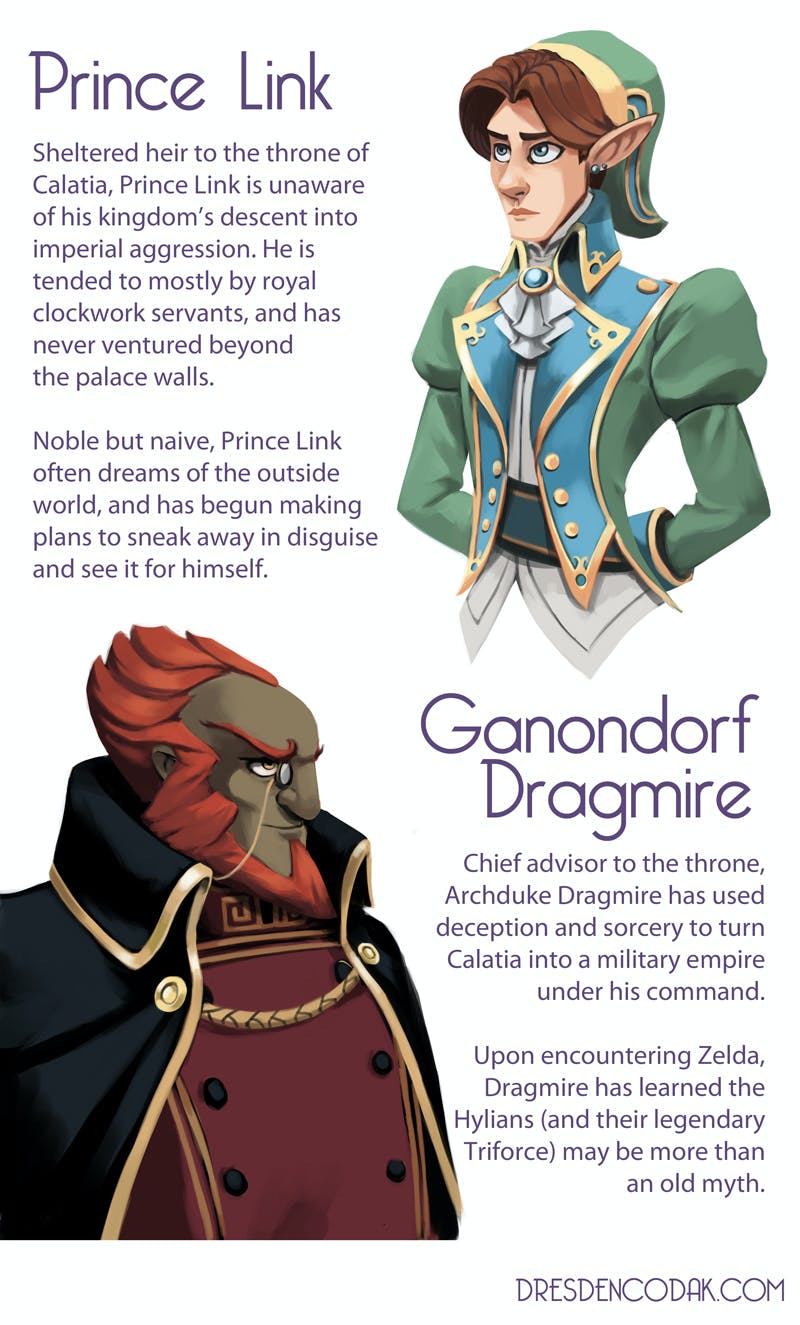 “People like the character of Zelda and know that she has a lot of potential for a game of her own. This is one of those things that needs to happen, and I just happened to put more work into the notion than anyone else so far,” Diaz said.

He followed up his original post with another illustration on April 15, which has received another 1,500 notes so far. Diaz said the popularity of both posts could also be related to people being sick of seeing women in the “damsel in distress” role.

“I think everyone was tired of damsels in distress 20 years ago, but mass media is really good at aiming low and convincing people that this is what they wanted,” Diaz said. “The Internet and social media, however, have allowed us to better organize our thoughts and express dissent. Large companies are having a harder time getting away with recycling gender roles and tropes that were already embarrassing in the last century. We still have a long way to go, but we’re on the right track.” 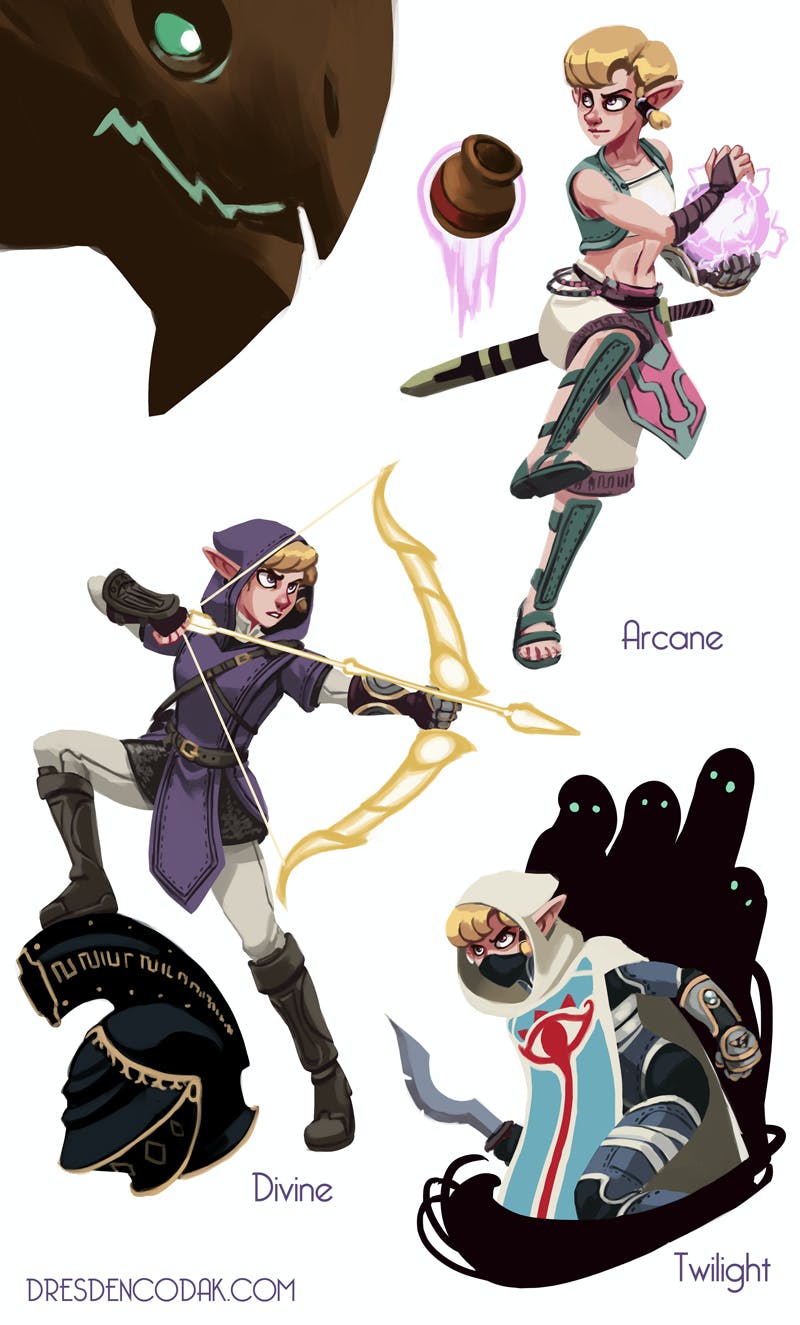 Diaz has received so many questions about his Zelda art that he posted answers to some of the most frequently asked questions. A few commenters on Tumblr have even expressed interest in a Kickstarter campaign for the imaginary Zelda game but Diaz said copyright laws and work on his full-time Kickstarter-funded webcomic The Tomorrow Girl: Dresden Codak will keep him from exploring that angle.

“I’m a cartoonist, not a game designer, and this whole thing was just to prove that a compelling female lead in one of Nintendo’s biggest franchises would be a smart move for everyone,” Diaz said. “I’m sure I’ll do more Kickstarters in the future, but like with The Tomorrow Girl, it will be based on my own creations.”

Those eager for more drawings of Zelda as the hero shouldn’t worry. Diaz hasn’t ruled out posting more illustrations from Clockwork Empire in the future.