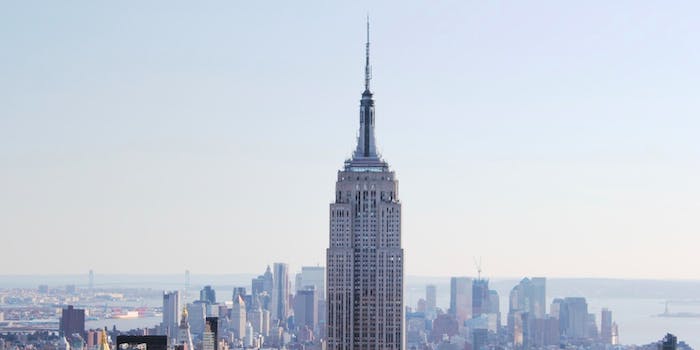 Lightning strikes the Empire State Building as the DNC begins

The storm was wild.

On Monday evening in New York City, dark clouds invaded the sky as the Democratic National Convention kicked off about 100 miles away in Philadelphia. And it wasn’t long before the storm turned menacing and the city’s iconic Empire State Building was struck by lightning.

Now, we’re not saying there’s definitely a correlation between the tumultuous sky and the shit show that this election has been so far, but maybe Mother Nature or God or X-Men‘s Storm (you know, whoever you believe to control the weather) is trying to send us a sign. Especially since Chicago’s Trump Tower was struck by lightning just as polls closed in Illinois earlier this year.

And here’s the video of the bolt plummeting into the NYC fixture:

But more importantly, did anyone catch a Zapdos during the storm?