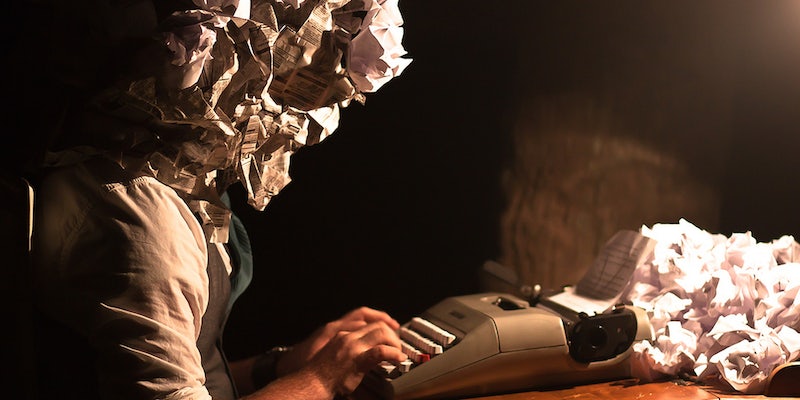 Letter to a young freelancer

Be indispensable, put yourself in the way of knowledge, and don't write what you know.

Note: I received this email yesterday while I was on my way to a doctor’s appointment. It’s a question I’m sometimes asked, so after much thought on the subject, I asked the writer if I could share a slightly edited version of my response. This piece has been published with her generous permission. I hope it’s helpful to someone.

I love your stuff and I wanted to reach out to you to see if you had a moment to give me some advice. I am a freelance writer just starting out, and I would love to be writing for places like Salon, and especially Rolling Stone. I’m wondering if you can tell me a little bit about how you got noticed by them in particular and how you’ve pitched for them. I have a few stories I think they’d be seriously interested in. Anyway, I know you are probably extremely busy, but any knowledge you can impart would be so appreciated!

Hello! I’m on the train, so I apologize if this response isn’t as good as it could otherwise be.

First off, if you’re reaching out, you’re already doing something right. Start by asking questions of the people you know around you, especially writers. If you do not have contacts, make them. Writers are supremely reachable on Twitter. (And you can usually guess their emails by [email protected])

I honestly think that most of writing, like all things, isn’t who you know but what you know. Everything I’ve ever gotten has been because I didn’t wait for people to notice me. The New York Times isn’t Jordan Catalano, and it won’t magically notice you from across the room. You have to make your own introductions and politely force people to notice you. Be professional, sharp, and persistent without stressing the editor/contact out. They have a lot of things to do, I’m sure, and it might take them a second. (Editors also respond more quickly if you tweet them. Trade secret.)

I highly recommend cutting your teeth at an outlet where you feel like you can refine your voice and get feedback from an editor who wants to make you better. Really all you have to do is figure out where you want to write and send them a pitch email. (Most websites list their editors and their contact on the masthead, but it’s not hard to otherwise figure out. It’s usually [email protected])

Pitches should be a paragraph long, but a relatively short one. For an op-ed, it’s usually something like: Tell me what the news hook is, how you will argue the piece, what the relevance is, and what your qualifications on the subject are. I think that template would apply to non-opinion pieces, too, just without the argument aspect. Some pitches may be a bit longer, but don’t ramble on forever. Give context, be thorough, but get to the point. Also, remember to give me a reason to care. Why is this interesting? How will this be different than the 20 other pieces that will be inevitably written on the same subject for other websites?

When you figure out what you want to write and where you want to write it, just make yourself indispensable. Prove that you truly have what it takes to be a member of their team. Strive to make your editor’s life easier by getting your work in on time and clean, but don’t be afraid to make mistakes. At the end of the day, we’re all here to learn and get better at our jobs. I learn by failure, and I’ve failed a lot. Take your editor’s advice because they are often smart and know what they are doing. (Sometimes you will not gel with an editor, and that’s OK. Find someone else who can push you in a way you find helpful and meaningful. But at the end of the day, you should be willing and ready to be pushed.)

After you make yourself indispensable, do it again. Ask your editor for other contacts and referrals. Where do they know people? Where do they think you’ll be a good fit? Editors know other editors, and coming in with an introduction from someone who knows what you can do is always helpful. If they don’t know anyone (which is unlikely but possible if you’re writing for Hermit Weekly), make the contact yourself. Don’t be afraid to send that cold email. It’s scary, but sometimes people respond. If they don’t respond, follow up. If they still don’t respond, your pitch might not have been what they were looking for. Follow up with a better pitch. (Your future editors would probably ask me to tell you not to spam them, however. Be mindful that they are an actual human person whose life does not solely revolve around responding to the emails of someone they don’t know.)

My last piece of advice is to put yourself in the way of knowledge. Pitching editors isn’t any good if you have nothing to write about. In addition to relatively keeping up with what topics are trending right now (Google News and Reddit‘s r/news are both good), read books that force you to think in new ways. Seek out films that challenge you. Start listening to opera. Get outside of your comfort zone. Most of us spend our whole lives sticking to things we already know, which might be comfortable but is a terrible way to write. They tell you to write what you know, but I think that is bad advice. Write about things you don’t know about yet but want to know and then learn about those things by writing them. The more you write, the more you will discover that this is true about even things you thought you knew well.

Thus, if I personally want to write about, say, Bruce Jenner, I start by Googling Bruce Jenner. I read what other people have written about his coming out and the reality of people who don’t have the privileges of being rich and famous while being transgender. I let people who know more than I do and are smarter than I am tell me what to think. I then ask myself if I have something meaningful to add to that discussion. If I don’t, then I don’t write it. If I do, I research more. I take notes, a lot of notes. Pages and pages of notes. I treat it like cramming for a test I need to pass to graduate. Thus, you want to be as knowledgeable for this test as you possibly can. If you’re writing on the Internet, trust me, it’s not a test you get to retake. The Internet is forever.

That said, there’s an importance in learning through your writing. I’ve written things in the past that I’ve come to disagree with, because I learned more things and became a slightly different person than the one who wrote that two years ago. Living in public through your writing can be a difficult thing, but done right, you’ll be OK. And then when someone asks you for advice someday, you’ll have something to say.

If you have any more questions, feel free to ask. I hope to see your byline soon.

Nico Lang is the Opinion Editor for the Daily Dot. His work has also been featured in the Guardian, Washington Post, L.A. Times, New York Times, Rolling Stone, Salon, Slate, the Onion A.V. Club, Flavorwire, xoJane, the Frisky, Jezebel, and the Huffington Post. He is also the author of The Young People Who Traverse Dimensions While Wearing Sunglasses and the co-editor of the BOYS anthology series.

Photo via Drew Coffman/Flickr (CC BY 2.0)