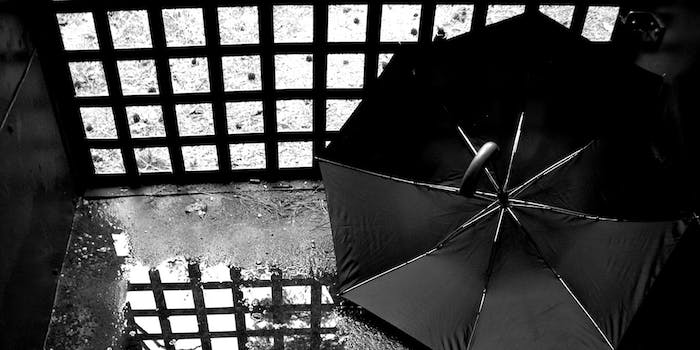 A Chicago business is adamantly denying its offices were doused in a poo shower—despite what you might have seen on Instagram.

Employees of advertising company Leo Burnett found themselves in a rather uncomfortable situation after pipes, frozen from polar vortex cold, burst. In the Instagram video, which quickly went viral, what looks like feces rains down on the 15th floor offices.

Art director Kasey Moore recorded and posted video of the brown downpour with the caption: “So… This is happening on my floor at work. Poo eruption.”

But company execs take issue with that version of events. On Twitter, the company explained that, despite outward appearances, the poo was not poo at all.

@redeyechicago While we appreciate the creativity here, and it’s indeed unpleasant, rest assured that it’s only dust and water.

Either way, the employees might want to keep their umbrellas handy in the office for awhile.