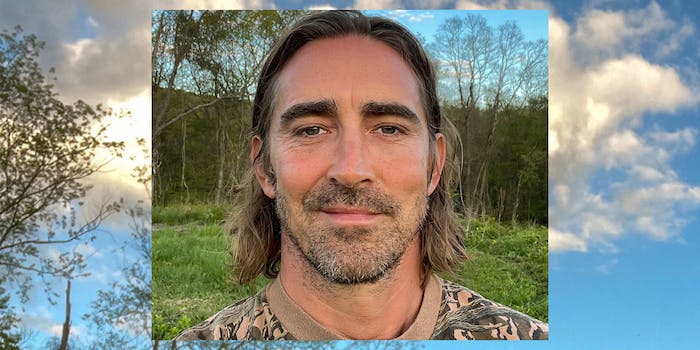 Plenty of people have taken post-vaccination selfies to announce their status to the world. But Lee Pace raised the stakes over the weekend.

The actor posted a photo to Twitter on Sunday, simply captioned “VAXXED.” It features Pace’s beautiful face in the foreground, and a pastoral scene behind him.

Aside from rampant thirst, the photo served another purpose: Urging people to watch AMC series Halt and Catch Fire (streaming on Netflix) as well as Pushing Daisies. (streaming on HBO Max).

Last week, it was announced that Pace will join Rachel Sennott, Pete Davidson, Conner O’Malley, and more in the A24 thriller Bodies, Bodies, Bodies.