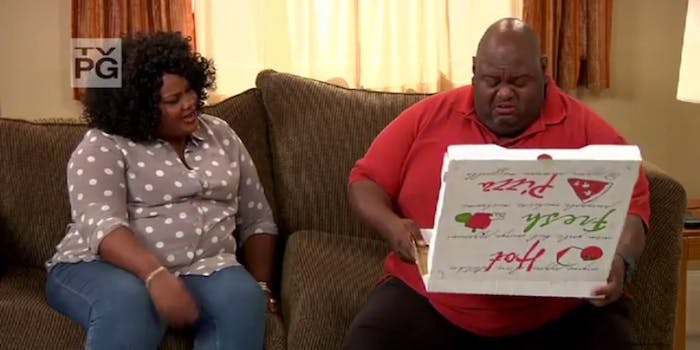 What this world needs is a Huell prequel

As we sit here in the aftermath of the final episode of Breaking Bad, we finally have our answer to every one of the series's many lingering questions save one: What happened to Huell?

As we sit here in the aftermath of the final episode of Breaking Bad, we finally have our answer to every one of the series’s many lingering questions save one: What happened to Huell?

The last time we saw Saul Goodman’s bodyguard, he was stuck in that safe house under the impression that his boss sold him out and waiting for Hank and Gomez to return—and well, he’s going to be waiting for a very long time.

With his life in danger, Huell’s family’s going to need some protection as well. Add in an obnoxious family of Babineuxs to deal with, and it’s a sitcom waiting to happen.

It’s Huell’s Rules, and he’s just like any other sitcom dad: His wife nags him, his teenage son is an idiot, and needless to say, he and his mother-in-law are going to butt heads when she comes to visit, but they all love each other at the end of the day … as long as the TV is still working.

Saul’s prequel spin-off is officially happening, and while we may never find out if Huell leaves that safe house, there’s a good chance we might see how he ended up working for everyone’s favorite sleazy lawyer in the first place.