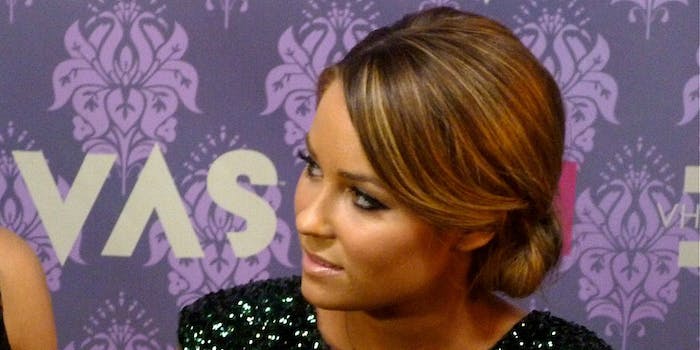 Lauren Conrad is being sued over two pics of dogs surfing

Here's what she should have done instead.

If you’re going to post pictures of surfing dogs on your website, make sure you have permission to use the pictures.

News agency Incredible Features Inc. is suing former Laguna Beach and The Hills star Lauren Conrad for allegedly pilfering two pictures of surfing dogs for use on her website.

Here’s what the photos looked like in a post on her blog that appears to have been deleted. IFI in its lawsuit said that the pictures belonged to the news agency and that it wanted Conrad to remove them and pay it whatever profit she made from their use.

“In the dog-eat-dog world of online content,” IFI wrote. “Lauren Conrad, a sophisticated website operator, is cognizant of the value of high-quality photography.”

IFI also alleged that Conrad’s website was a “commercial enterprise through which Conrad shills her Kohl’s clothing line amongst other things.”

Not that we’ve been asked, but here’s some advice anyway.

We don’t know if Conrad or her team did anything wrong by sharing those photos, but if she was intent on displaying pictures of dogs hanging 10, she could have gone directly to Twitter and embedded tweets that contained photos of radical canines.

Conrad also could have logged onto Flickr, grabbed a photo from the “commercial use allowed” section, and posted it. For example, here’s a great one. Or, if she wanted moving pictures of a canine catching a big wave, she could have gone to that old standby, YouTube.

Conrad hasn’t publicly commented on the lawsuit yet, but hopefully, the next time she’s looking for imagery, she’ll remember that some photos are copyrighted. Otherwise, this could be the start of a cycle that only ends with Conrad either opening an art exhibition filled with other people’s Instagram photos or stealing tweets and using them for a Daily Dot story.