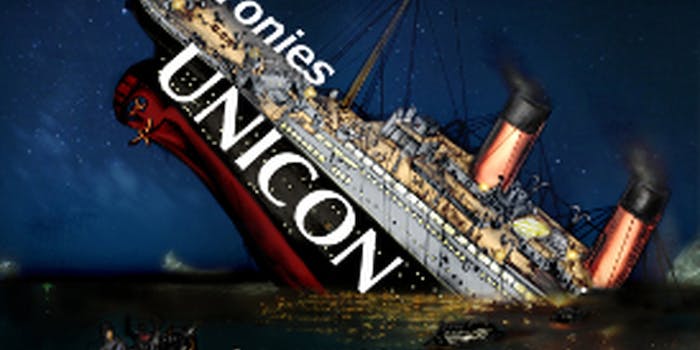 Some worry that LasPegasus Unicon's legacy could jeopardize the future of other fledgling cons in the fandom.

LasPegasus Unicon has been called “the greatest convention disaster” in brony history. Now, just over two weeks after the botched event at the Riviera Hotel Convention Center in Las Vegas, some worry that Unicorn’s legacy could jeopardize the future of other fledgling cons in the fandom.

Unicon, which was hosted Feb. 22-24, is not the first brony convention to feature its share of controversy, but it is undoubtedly the first to involve such a bizarre series of elements, including but not limited to:

A month ago, conference organizer Sandi Haas, a Las Vegas resident with a  track record of shady finances, was discussing her grand plans for the con. Originally intended to cull around 2,000 attendees, LasPegasus Unicon was supposed to ostentatious, over the top, and unforgettable

And in keeping with the theme, Haas took a gamble that inviting an over-the-top number of special guests, My Little Pony: Friendship is Magic voice actors, writers, and musicians would pay off with maximum attendance.

She lost. Instead, a range of between 800-1200 fewer people than expected showed up, leaving the con with a huge budget shortfall before it even started.

According to Scorchiecritter on Tumblr, who was a vendor at the convention, things were a wreck from the beginning of the convention:

“We were told we were supposed to accept this fake money the con had printed… We were expected to take it, and then cash it at registration at the end of the con (That changed to 5pm when things started to crash, which then turned into ‘good luck getting your money back’)….

“We really started to notice things were going south when on Sunday there were prominent members of the Brony community running around with walkies and looking worried.… Nobody could find Nicole Oliver… because she was never picked up from the airport…. Tara Strong was [sic] had a hard time figuring out how she was going to get comped for the taxi she inevitably had to take on her own from her hotel… These are your incredibly important guests… and the con was so disorganized that you couldn’t even keep track of them, or make sure they were taken care of properly?? What is wrong here?” 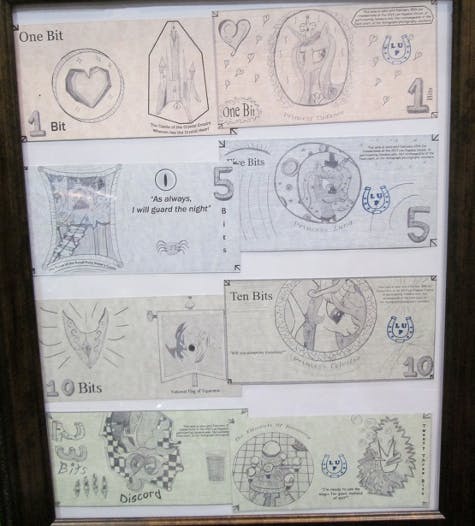 Apparently, everything. Redditor ThisisBobby volunteered to help as the convention fell apart:

There was a mad scramble for money, everything was being directed to paying off the celebrity debt. I remember turning around to our cash box for registration and all the large bills have went missing, on the brink of panic I was informed that the celebrity managers have collected them from behind me. This happened again later in the day, that time I was informed by one of the managers.

By Sunday, the place was a graveyard, with panels shut down to focus on fundraising, vendors packing up, and the hotel kicking people out of rooms. Things were so dire that brony channel EverFree Network stepped in, launching the Twitter campaign #LasPegAssist to try to raise money for the voice actors who still needed to be paid.

But as a comprehensive roundup of events and information compiled by -chan explains, they could only do so much:

Media teams at the con (EFN, Celestia Radio, EQD etc.) raised $12,000 over the course of two days. As it stands, however, many of the guest stars (VAs, writers etc.) remain unpaid for their attendance, and many guests staying at the hotel were either denied rooms or presented with unexpected fees (some over $1000). It has emerged that Sandi Haas, the con organizer, gave the call for the hotel to charge the guests to help to reduce her debt….. There is a considerable sum of money unaccounted for, which we can only assume remains in Sandi’s possession.

Haas seems to have had no experience running a con of this size before and has not been heard from since leaving the convention Saturday, leaving convention guests with more experience running things to try and pick up the pieces. “In 15+ years of going to conventions, I’ve never seen any convention implode as badly as this one did,” stated ArrJaySketch on Equestria Daily. “How utterly irresponsible and reprehensible of the organizers to just up and leave town.”

EverFree Radio noted, as did many others, that this disastrous end to Unicon threatens the livelihood of other cons who need the presence of high-profile actors, musicians, and writers to count on an attendee draw. Famed voice actor Tara Strong drew attention to the problem when she lashed out at the Unicon managers for the bounced check they sent.

“Hey @Las_Pegasus_Uni,” she tweeted in response to a now-deleted statement by the conference staff, “please stop saying u paid the talent, your check bounced. I have not been paid a dime. You ruined it 4 all 1st yr cons.”

Still, many attendees made it clear that money and stress aside, they’d had a great time. “It was more than just ponies, ponies everywhere. It became a human experience,” ThisisBobby gushed in the aftermath. “Unicon not only restored my faith in bronies, but strengthened it.”

Not everyone saw that silver lining. “This has nothing to do with Bronies or faith in,” commented one redditor. “It’s about convention organizers that screwed up.”

“To the VIPs of this event, an apology,” wrote Derpy Hooves News. “Las Pegasus Unicon is not the kind of impression that we’d like to leave as a fandom. “For those who do decide to stay, I hope we can make your future visits as much fun for you as it normally is for us.”