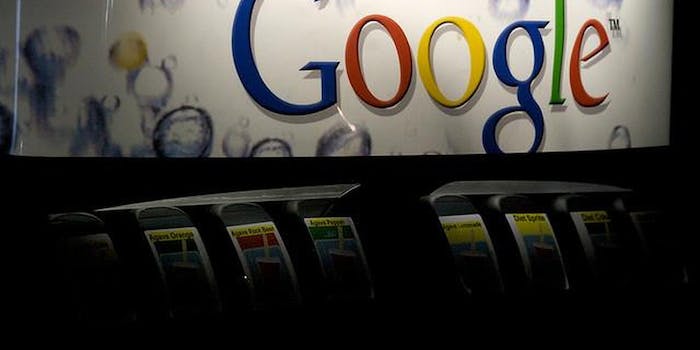 Is Google juicing the numbers for Google+?

The search engine giant is now requiring users to create Google+ profiles if they want access to the company's other products.

If there’s one way to get people to try your social network, it’s to force them to join it when they sign up for another of your products. At least, that’s what Google’s hoping with its latest move.

As spotted by Google Operating System, Google is now making you join Google+ and build a Google Profile if you want a Google Account to use Reader, YouTube, or Docs.

Before now, setting up a Google Account was as simple as using an existing email address or creating a Gmail account. Now, you’ll have to input details such as your name, birthday, and gender, which will be used to populate your Google Profile.

As of Friday morning, you can still sign up for a Google Account the old way if you click the “Sign up for a new Google Account” option in Groups, Docs and other products. This option might not remain available for very long though, given the way Google is aggressively integrating Google+ into its other offerings.

While the latest move streamlines the sign-up process for new Google users who wish to use all the company’s products, it doesn’t seem this news will sit well with the likes of Twitter, which spoke out when Google+ was integrated more deeply into Google Search.

The problem here is that Google may be juicing Google+ user numbers by forcing people to sign up when they may never actually use it.

A similar issue was raised following Google’s year-end earnings call yesterday, when CEO Larry Page revealed that Google+ now has more than 90 million users, more than double the number it had at the time of Page’s last earnings call three months ago.

Page touched on user engagement with the social network too, but was very unclear on the specifics of how many people are actually using Google+ on a daily basis. He said, “I have some amazing data to share [on Google+] for the first time: +users are very engaged with our products — over 60% of them engage daily, and over 80% weekly.”

The wording of his statement is crucial. As Forbes writer Jeff Bercovici points out, this does not mean that Google+ has 54 million daily active users. Rather, 60 percent of Google+’s 90 million members engage with at least one of Google’s products every day. That means they’re probably using Gmail, Reader, Calendar, Google Search, and other Google offerings, but not necessarily sharing things with their circles or checking out their stream.

The truth is that the number of people using Google+ on a daily basis is probably far less than 54 million.

Keeping up appearances is one thing, being disingenuous is another.