But the rent is dirt cheap.

Reddit, like most of the Internet, is a place to vent and source opinions on problems you have no idea how to handle. A guy with the handle sadsadpervert did both, telling the story of how he believes his landlord is sneaking into his apartment and shitting in the cat’s litter box. 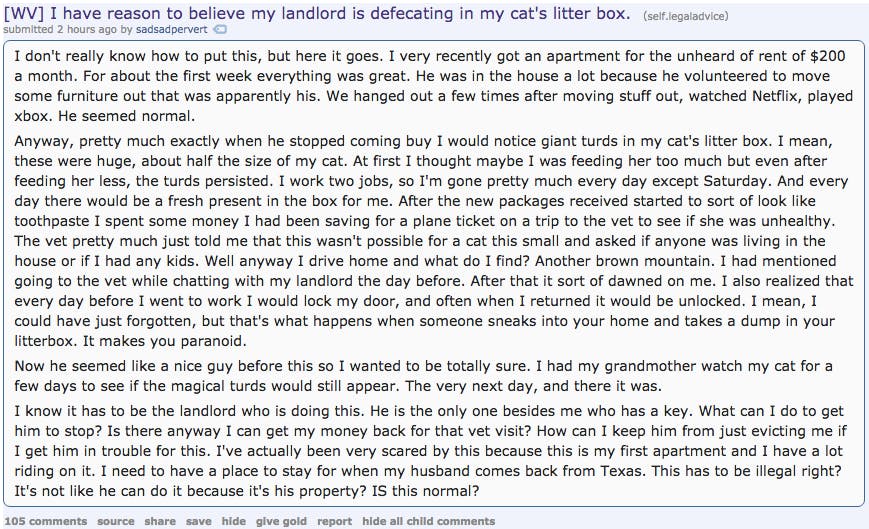 “IS this normal,” the concerned sadsadpervert asks—and the answer is simple: No, it’s not normal. At all. Never. Ever. If a person is charging $200 a month for rent, you should already know that there’s a catch, and, in the case of this unfortunate sublessee, it’s apparently a landlord who craps in your cat’s litter box. Then again, if the only drawback is your landlord taking a deuce in your pet’s shit pit whenever you’re not around, maybe it’s an OK deal (but not really)?

Anyway, people are offering some really good advice, while others don’t seem to fully believe the story—especially since the landlord, according to sadsadpervert, is the IRL version of Chef from South Park.

Hoping we get some photographic evidence real soon.