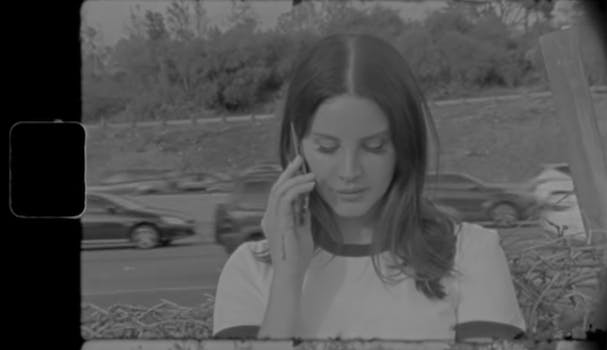 Lana Del Rey just released a new song, “Mariners Apartment Complex,” and the music video for it is making people feel a lot of emotions.

YouTube released the video as part of Del Rey’s upcoming 2019 album. Her new song evokes the same melancholy and calming sensations as her previous hits like “Summertime Sadness” and “Young and Beautiful,” and fans are applauding it.

In the chorus, Del Rey sings: “You lose your way, just take my hand / You’re lost at sea, then I’ll command your boat to me again / Don’t look too far, right where you are, that’s where I am / I’m your man / I’m your man.”

Her deep, steady, and hushed voice saying “I’m your man” resonated with a lot of people, and the line quickly turned into a meme.

Yo, escuchando el nuevo single de Lana del Rey
"If you lose your way, just take my hand
You're lost at sea, then I'll command your boat to me again
Don't look too far, right where you are, that's where I am
I'm your man" pic.twitter.com/gO8CBEXhVb

Some people have gone far as to speculate what the phrase might hint at.

Lana Del Rey’s second song, “Venice Bitch,” will be released as a mini-EP on September 18, Complex reports. The release follows her recent album, Lust for Life.