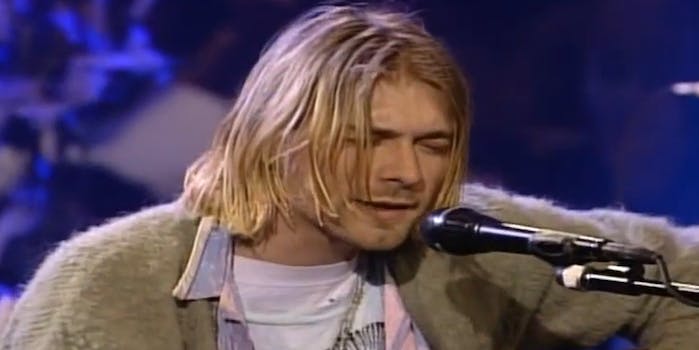 Wouldn't it be great if Nirvana could record a quick video to promote homecoming week? You know, for the exposure?

One clueless Nirvana fan apparently wrote Sub Pop Records to request that the band record a for her homecoming week at Virginia Tech, blissfully unaware that singer Kurt Cobain checked out 19 years ago. 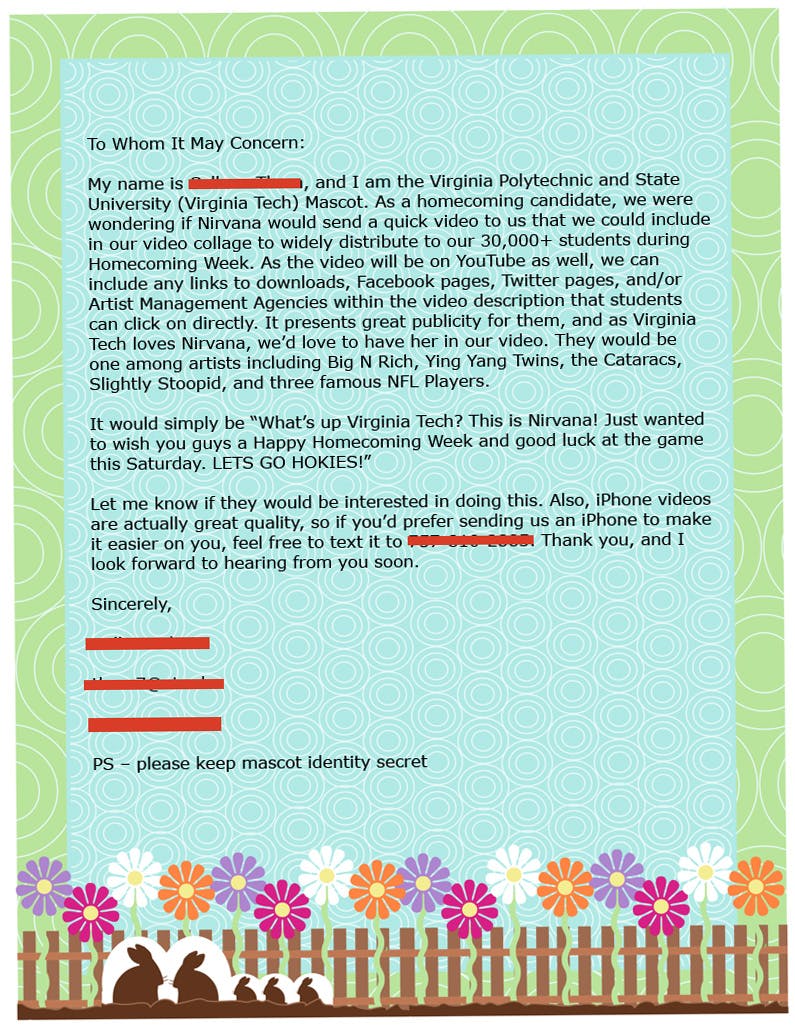 Recording the clip, the student argues, would place Nirvana among such esteemed company as  “Big N Rich, Ying Yang Twins, the Cataracs, Slightly Stoopid, and three famous NFL Players.” And she’s even made it easy for them, offering a sample script for Dave Grohl, Krist Novoselic, and Cobain to read in unison.

“What’s up Virginia Tech? This is Nirvana! Just wanted to wish you guys a Happy Homecoming Week and good luck at the game this Saturday. LET’S GO HOKIES!”

Sub Pop put a redacted version of the full letter on Tumblr. It gets better. Sub Pop employees actually dressed up and made the video using the suggested script, posing as Nirvana. The student probably wouldn’t tell the difference anyway.

The whole thing is more awkward than this moment with Charles Barkley.