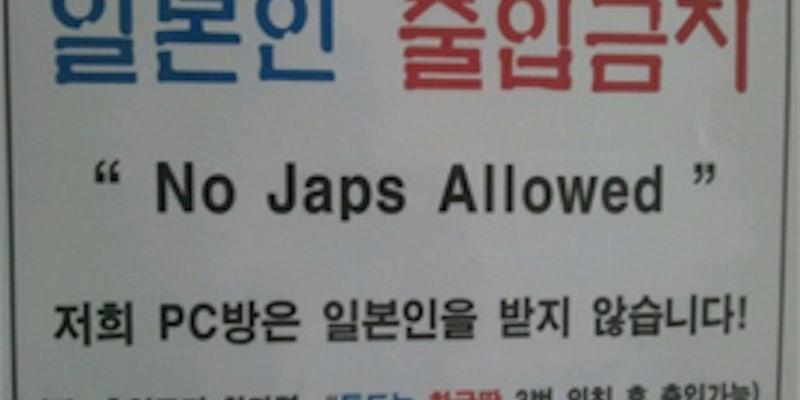 The two countries were already at odds with each other when this comic page leaked and caused an Internet backlash.

To say that Japan and South Korea have a fraught history is an understatement, but the two nations have, for the most part, enjoyed a tense but productive relationship in recent decades. Still, outrage surrounding the portrayal of Korean rapper Psy as a vicious rapist in a recent Japanese parody fan comic make it clear that some Japanese fans have more issues with the Korean Wave than mere unwillingness to do the horse dance.

Japanese pop culture gossip blog Aramatheydidnt is reporting that Korean netizens are outraged over a fan comic called Samuge-sō no Kimchi na Kanojo, which, while it seems to be skewering intense Japanese nationalism, also lambastes Korean culture, turning Psy into a thug and gang rapist who announces “Gangnam Style!” as he kicks another character in the groin. 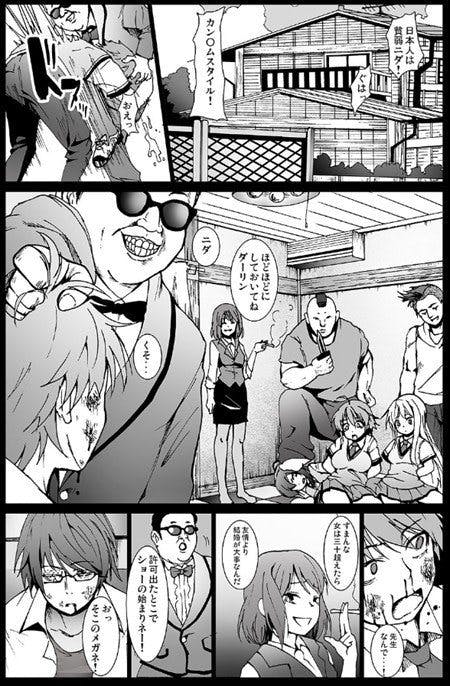 Hallyu, the Korean Wave that has seen Korean culture and particularly Korean pop music (aka K-pop) skyrocket in popularity all over the world, hit Japan earlier than anywhere else: Legendary Korean hip-hop vocalist BoA broke records in Japan for her success there in 2005, paving the way for other K-pop sensations to make inroads on Japan’s Oricon charts, like Super Junior, DBSK, and Girls’ Generation.

So it stands to reason that by 2013, when the rest of the world is just getting around to discovering Korean music, some oversaturated Japanese listeners might be less than eager to jump on the “Gangnam Style” bandwagon. But just as Psy’s mega-phenomenon has finally hit No. 1 with Japanese YouTube viewers, the rapper himself has unwittingly become the center of an unusual controversy that pits Japanese and Korean cultures against each other and brings out a nastier facet of a core part of Japanese culture: the often-explicit and offensive content of Japanese fan comics, or dōjinshi.

The dōjinshi’s response to the fan reaction seemed to be to utilize the ubiquitous popularity of Psy as an answer to the Japanese fans’ distaste of Korean culture. But given that it also portrayed its caricature of Psy as a member of a gang who forcefeeds a class of Japanese school girls Korean kimchi before raping them, it’s hard to say which country is the real brunt of the joke.

While the dōjinshi probably would have faded into obscurity without comment had it not been found by Korean media, the responding outrage from Korean netizens has highlighted the way the two countries export cultural products to each other: Japanese manga and anime frequently features Korean settings and characters, while K-pop, K-drama, and manhua (Korean comics) have all increased in popularity in Japan. They’ve also increased in international popularity, in part due to their Japanese counterparts all becoming popular first.

Now, with the increased attention to Korean culture around the world, Japan might be having its own moment of resentment at Korea’s success in creating a global pop sensation.