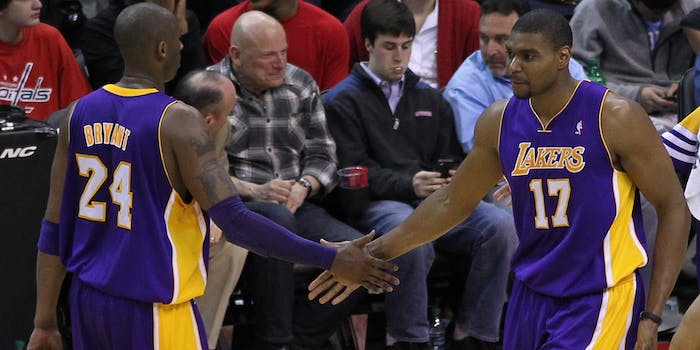 Kobe Bryant just unfollowed his own teammates on Twitter

Can you blame him?

It’s hard watching the Los Angeles Lakers. Between injuries and poor management, the former NBA powerhouse looks the Washington Generals on the court, led by the ghost of Pau Gasol.

How bad has it gotten? Kobe Bryant stopped following his own teammates on Twitter.

Kobe Bryant just unfollowed every one of his teammates from Twitter. #coachvino

Bryant only follows 38 people on Twitter—Richard Sherman, Muhammad Ali, Bill Clinton, someone known as Iced Coffee Addict—and none of them will be playing in the Staples Center anytime soon. (It’s unclear, however, who he was following to begin with.)

Bryant knows what he’s doing on Twitter. He unfollowed former teammate Dwight Howard when he signed with the Houston Rockets, live-tweeted a replay of his historic 81-point game in 2006, and shared bath selfie. More recently, he took to the service to criticize the Lakers front office for trading point guard Steve Blake.