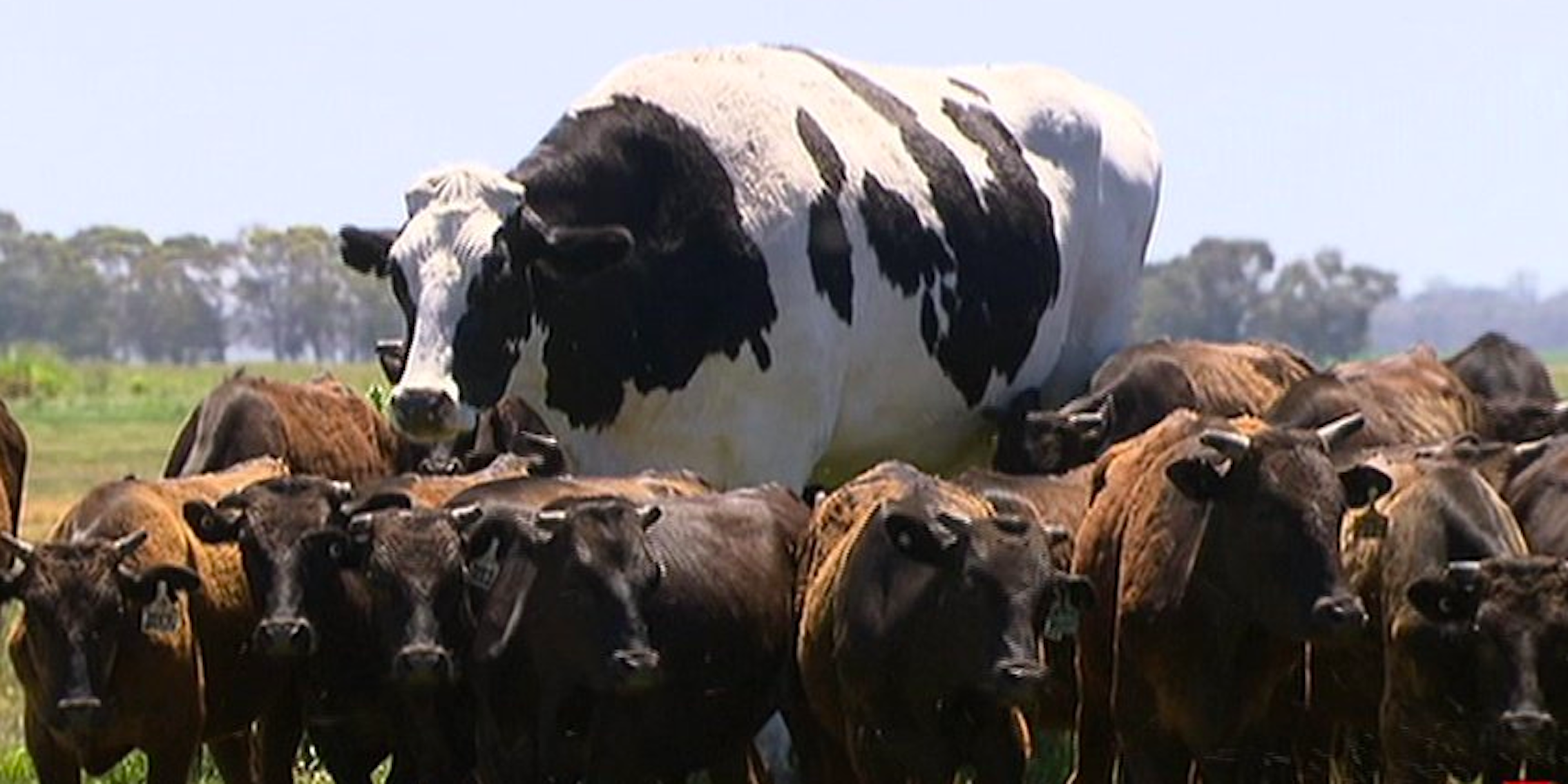 Everyone loves Knickers, a giant steer too big to eat

The internet became aware of Knickers the massive steer late yesterday and will likely never be the same again. Knickers is a 6-foot-4 steer (a neutered male usually raised for meat) from Australia who was spared from the “abattoir” or slaughterhouse because he was simply too big to eat.

Knickers is almost as tall as Michael Jordan and weighs more than a Mini Cooper car, the Australian news outlet ABC reports. In other words, he is very big. The steer’s owner, Geoff Pearson, decided to put him to work as a “coach” for the other cattle.

“You’ll put him in a paddock and all the other cattle seem to get attracted to him,” Pearson told ABC. “Whenever he wants to get up and start walking there’s a trail of hundreds of cattle following him. We all know when Knickers is on the move.”

It only makes sense that he would be followed. I mean, look at him! I would want to know where this guy is heading.

Knickers is 194cm tall, and weighs more than a Mini Cooper. He's the largest steer in Australia! pic.twitter.com/8kNbhrnf8K

People on Twitter cannot look away and it’s bringing joy to many as we near the end of the year.

If you’re feeling sad, here are some (unedited) pictures of Knickers the cow, who is just really heckin’ big. pic.twitter.com/WFyriValwI

Even some celebrities are chiming in on their awe of Knickers’ size. “Damn that is one huge cow. This is why I buy internet on flights. I almost saw that 6 hours after you guys did,” Chrissy Teigen wrote.

Damn that is one huge cow. this is why I buy internet on flights. I almost saw that 6 hours after you guys did

Many still can’t believe how big he actually is.

And one person begs the biggest question of all: “Why is that dang cow such a big boy?”

We may not know why the steer is so large, but it’s best not to question and to just let him be huge and wonderful.