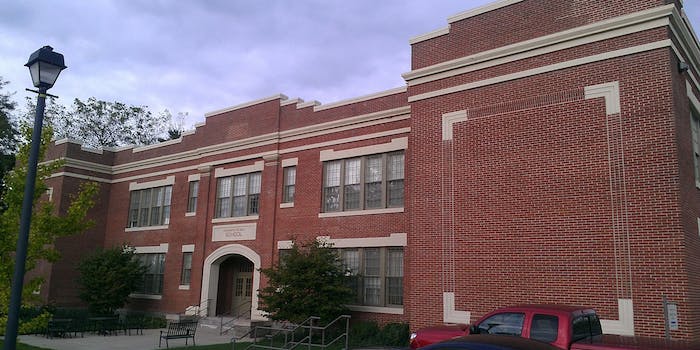 For good measure, he called the kid's intended college to "warn" them.

A British headmaster has become so upset with a student’s blog, he had him expelled.

Then, for good measure, he called the police. And the college that the student hoped to attend next year.

Kinnan Zaloom, 19, created and contributed to a blog called the Hampstead Trash, named after the Hampstead School. In it, Zaloom was an active critic of school policies—like how it used its finances, and punished profanity while teaching with explicit materials.

Headteacher Jacques Szemalikowski didn’t care for the criticism. According to the blog, Szemalikowski banned the school’s access to the Hampstead Trash’s URL in April. In July, he expelled Zaloom.

But that wasn’t enough. Szemalikowski told the Camden New Journal that he had been worried about the “fact that Kinnan has mentioned the ideologies of anarchism and individualism on this blog” and “has even said that there is an inherent risk that every government is corrupt.”

Szemalikowski also told the New Journal that he’d told a police officer about Zaloom’s writing, though neither men have heard from the police since. He also called the University of Glasgow, where Zaloom had wanted to attend next year.

“I phoned Glasgow to warn them what sort of person they were dealing with,” he said, “to advise them that this person thinks thoughts like these, and they could then make an informed decision.”

The New Journal reported that Zaloom will study math at the University of Portsmouth instead, though that has more to do with his grades than his principal’s call.

An anonymous writer at the Trash said that the the blog’s increased visibility due to the scandal was proof of at least a partial victory.

“[T]his blog was set up to create a bigger student voice,” the writer said. Noting that the site’s pageviews were skyrocketing, “we can safely say that we have been successful.”