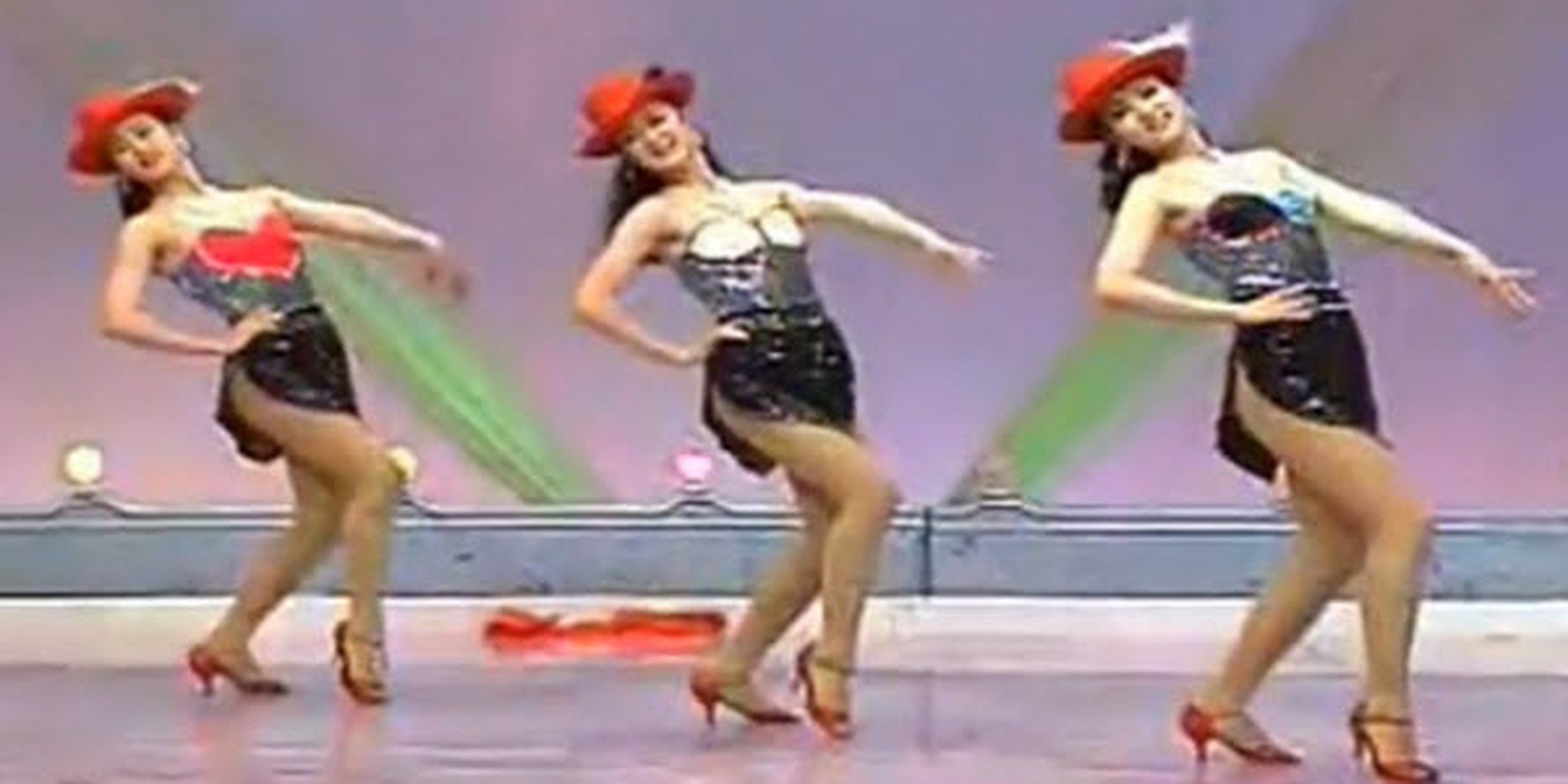 Is this the ‘sex tape’ that got Kim Jong-un’s ex-girlfriend executed?

The Chinese Internet sure seems to think so.

It’s just a video of three Korean women in leotards dancing along to tinny Western music. But the Chinese Internet is convinced one of the women is the ex-girlfriend of North Korean despot Kim Jong-un—and that this short clip is the so-called “sex tape” he used to justify her execution.

Hyon Song-wol, who dated Kim briefly before his father ordered the relationship to end, was gunned down by a firing squad on Aug. 20, along with a dozen others, according to the South Korean newspaper Chosun Ilbo. All were members of prominent performing troupes in North Korea. Hyon herself was a bit of a star at one point, famous for the song “Excellent Horse-Like Lady.”

A user of Chinese video-sharing site YouKu uploaded the the supposed “sex tape”—actually just a video of a dance performance set to Elvis Presley’s “Aloha Oe”—on Sept. 4, and it’s since been watched nearly 700,000 times.

Some mainstream Chinese news sites were quick to pick it up and share it. But as with the execution story itself, the legitimacy of this video is nearly impossible to verify, thanks to the deep secrecy of the North Korean state. In its original report, Chosun Ilbo quoted anonymous Chinese sources, who were in turn relaying information they’d heard while visiting North Korea. That’s commonly how information about the secretive “Hermit Kingdom” filters through to the outside world—messages passed from one person to another, usually via Chinese sources who have a closer relationship than most to North Korea.

The stories from Chosun Ilbo and the Chinese Internet don’t exactly match. Reports claimed that Hyon and the other perofrmers were executed for “videotaping themselves having sex and selling the videos.” The above video, obviously, shows no such thing. If you assume those charges were trumped up to begin with, why would Kim and his lackeys bother citing this video as evidence, when it obviously doesn’t match the charges?

Some who follow North Korean affairs closely speculate the whole story is a fabrication, a calculated move on the part of Kim control his subjects through fear. Randall Baran-Chong, who runs a nonprofit advocacy group for North Koreans in Toronto, told CBC News:

“They like to spread rumours to act as a deterrent. North Korea is based on these myths and legends. … They’re a great storytelling culture.

H/T and screengrab via China Smack